Eurodad calls for a fair international insolvency regime after Argentina is forced to default on debts, Bodo Ellmers 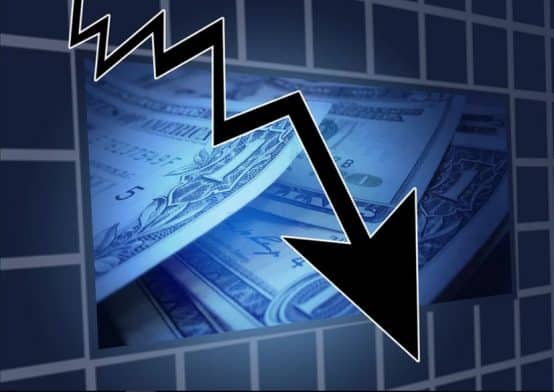 A new debt crisis is unfolding, once again, in the Global South, now accelerated by the prospect of a global economic crisis amidst the coronavirus (COVID-19) pandemic. Faced with an increase in numbers of countries at high risk of or in debt distress, the World Bank and IMF continue to resort to the same decades-old neoliberal austerity measures focused on debt repayment. By doing so, they are not only risking advancement on the Sustainable Development Goals (SDGs), they are also aggravating the possibilities of economic recession and diminishing the prospects of economic recovery, further reducing countries’ capacity to carry debt burdens. The austerity recipe, as we know from previous crises, means cuts in public services budgets and in public workers’ salaries. While non-debt related government spending is reduced, the percentage of public revenue that goes into debt service payments increases. As the latest Eurodad Out of Service report shows, external debt payments as a percentage of government revenue grew in low- and middle-income countries from an average of 6.71 per cent in 2010 to an average of 12.56 per cent in 2018.

The IMF’s recipe for fiscal contraction has specific impacts on gender equality, as many women’s rights groups have shown. It is mainly women who bear the extra burden of unpaid care tasks when public sector provision is reduced and cuts are applied. In addition, women are more concentrated than men in lower-income sectors of society, so they tend to be more affected by cuts in social protection programmes and by a reduction in food or energy subsidies, or the removal of vital services for survivors of gender violence. Finally, wage caps for public employees directly affect the income of women and their economic security, since the public sector tends to be an important source of employment for women.

The push towards private management of public services, through outsourcing or the World Bank’s promotion of public-private partnerships (PPPs), is also a consequence of the fiscal constraints imposed in the wake of debt increase in public finances (see Observer Spring 2020, Spring 2019). In this case, international financial institutions, among other agents promoting the private sector, argue that the private sector will help attract innovation and finance to promote infrastructure and public services investment, without increasing sovereign debt.

Contrary to rhetoric of better efficiency in management of public affairs by the private sector, PPPs, as they rely on profit streams to ensure investors’ returns, too often prioritise profit over people and undermine quality and universal access to service provision. Research by Eurodad and other civil society organisations (CSOs) has also shown how, on many occasions, PPPs resulted in a draining on public resources and have failed to deliver in the public interest. When the often hidden real costs and liabilities of PPPs are revealed, it is the public sector that is held accountable and called on to bear the economic losses.

In short, PPPs, as continually promoted by the World Bank, are not more efficient in providing accessible and quality public services, and can generate fiscal burdens that, sooner or later, and with little transparency, are incorporated into public balance sheets. Despite recognizing the contingent liabilities that are created through PPPs, and their possible impact on debt sustainability, the World Bank continues to promote this model for service provision and infrastructure construction, ignoring social impacts.

There is also evidence that privatisation, PPPs and outsourcing have had particularly negative repercussions for women. On the one hand, these measures often come with new or inflated user fees, which increases inequality by restricting access to services for women, who tend to have lower incomes. On the other hand, the search for benefits also leads in many cases to precarious working conditions for women in services outsourced or operated by PPPs. Finally, contrary to what their promoters argue, evidence shows that privately financed projects tend to be less cost effective than those financed through direct government borrowing, with PPPs costing the taxpayer up to six times more. Ultimately, therefore, these frameworks undermine the ability of the state to comply with its international human rights obligations to deliver quality public services.

Despite acknowledging the role of women’s unpaid care work, institutions such as the IMF are not able to recognise the impact of their economic policy recommendations in increasing this burden. While the World Bank and IMF see women as “underutilized [labour market] assets” essential to economic growth, they continue to promote a framework of austerity and privatisation that reinforces the double burden on women of paid and unpaid work, without affecting the structural conditions that sustain gender inequalities.

Twenty-five years after governments committed to reviewing macroeconomic policies from a gender perspective within the Beijing Declaration and Platform for Action (BPfA), the UN review and appraisal report, published in December 2019, on the application of the BPfA expresses the need to assess carefully the impact of privatisation and PPPs on women and girls, particularly those from poor and marginalised groups, and to establish accountability mechanisms to ensure quality, accessibility and affordability for all without discrimination.

As the UN independent expert on foreign debt and human rights, Juan Pablo Bohoslavsky, stated in his 2019 report, the IMF and the World Bank are “complicit in the impact of austerity measures in human rights”, as they continue to aggressively promote austerity in the face of unsustainable debt, including the promotion of PPPs, negatively impacting the provision of gender sensitive quality public services, and ignoring the impact that their own financialisation approach is having on debt and  women’s rights.

Existing mechanisms to deal with debt crises often deliver ‘too little, too late’ debt restructuring and relief, which are not only inefficient to prevent harmful social impacts, but further harm people’s rights, especially women’s rights. In the wake of a new debt crisis, intensified by the COVID-19 crisis, we must redouble our efforts to demand a shift in the approach to debt resolution, towards timely and adequate restructurings that put people and equitable development first, and that comply with the 2030 Agenda on the SDGs and with international commitments to women’s rights and gender equality. The approach should be further systematised by the establishment of a multilateral sovereign debt workout mechanism, to provide a rules-based approach for orderly, fair, transparent and sustainable debt crisis resolution.

This must involve a new understanding of debt sustainability, that considers human rights, climate vulnerabilities and gender equality. It must account for the promotion of gender-sensitive public services that provide universal access and coverage, and that are publicly funded, delivered, and managed in a transparent, participatory and accountable manner, and are provided by public sector workers in decent work. In this sense, the ideologically-driven promotion of PPPs, especially by the World Bank, to finance and deliver public services should cease, and the IMF should put an end to the promotion of austerity through direct conditionality or surveillance, so that it shifts the burden of adjustment away from the most vulnerable in society, particularly women.

Eurodad calls for a fair international insolvency regime after Argentina is forced to default on debts, Bodo Ellmers