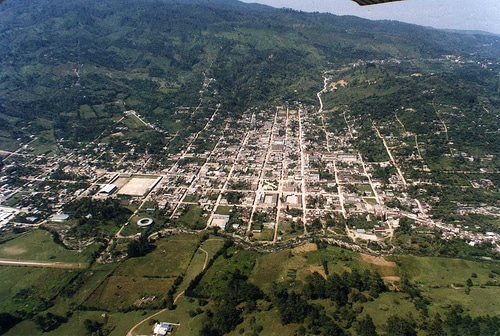 In February, the World Bank’s executive board met to review the investigation of the Compliance Advisor Ombudsman (CAO) — the accountability mechanism of the International Finance Corporation (IFC), the Bank’s private sector arm — into IFC’s role in the controversial Santa Cruz Barillas hydroelectric dam project in Guatemala (see Observer Spring 2014).

The board’s February meeting took place amid the external review of the CAO (see Observer Winter 2019), after the US Supreme Court’s 2019 ruling against IFC’s claim of absolute immunity (see Observer Spring 2019). While some civil society organisations (CSOs) hope that this might set a precedent for greater accountability of the IFC, the board’s silence following the meeting is cause for concern that IFC’s role in causing grave harms is not being taken seriously.

This gives the board an opportunity to do the right thing...to remedy the harms that communities continue to suffer to this dayKate Geary, Recourse

Kate Geary from Netherlands-based CSO Recourse said, “This gives the board an opportunity to do the right thing: to ensure that any breaches of IFC standards found by the CAO are addressed effectively by IFC to remedy the harms that communities continue to suffer to this day.”

While the dam was under construction, Hidro Santa Cruz was linked to alleged human rights violations of the local residents of Santa Cruz. Many in the local Q’anjob’al community considered a waterfall impacted by the project to be sacred and claimed that the company had violated their right to free, prior and informed consent.

In 2014, Guatemalan CSO, the Departmental Assembly of Huehuetenango (ADH), publicly denounced the company, stating that its actions had “resulted in the persecution, intimidation, and co-opting of community leaders,” and accusing the Bank of being complicit in human rights violations. In 2015, CSO Oxfam supported local communities in Guatemala to file a case to the CAO, following the inclusion of the case in its report The Suffering of Others, published in the same year.

The complaint to the CAO alleged that opposition to the project was met with violence and repression by the company and the government. During the state of emergency declared by the government in response to resistance, dozens of community organisers and leaders were arrested and detained. The project was stopped in 2016, one year after the complaint was submitted.