Gender based violence and the World Bank: Who is being left behind? 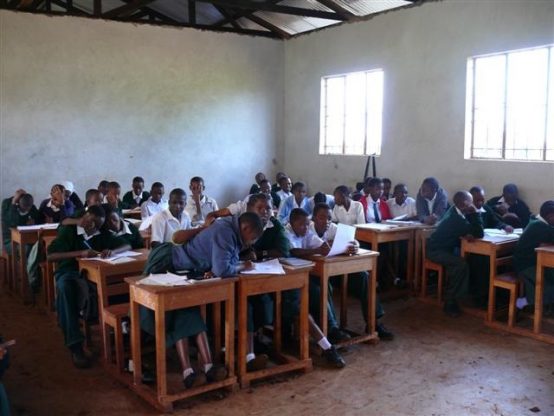 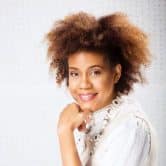 On 31 March, the World Bank board approved a $500 million loan for Tanzania’s Secondary Education Quality Improvement Program (SEQUIP), following a year and a half of controversy over fears the loan would consolidate and institutionalise an education system that actively violates the human rights of schoolgirls. While the Bank made important commitments to ensure its financing does not actively support discrimination, rigorous monitoring will be required to ensure that pregnant schoolgirls’ fundamental right to equal access to a quality education is fulfilled.

In 2017, Tanzania’s president, John Magufuli, declared that pregnant schoolgirls should be permanently expelled from school. This order came on the heels of a well-documented pattern of human rights abuses that has threatened independent civil society voices and many of the most vulnerable groups in the country. In response, the Bank suspended all lending to Tanzania in November 2018, including the $300 million SEQUIP project focused on secondary education, and agreed to release the loan only once the government allowed pregnant schoolgirls back to school after they have given birth. Over the course of the next year and a half, the Bank negotiated with the Tanzanian government. Rather than address the expulsion of schoolgirls directly, the Bank proposed to expand existing adult education centres, renamed “Alternative Education Pathways”, and inflated the loan amount to $500 million.

The revamped SEQUIP project did not reflect the opinions of Tanzanians about pregnancy and school. Tanzanians’ primary complaint was that the “Alternative Education Pathways” proposed by the Bank created and legitimised a second-class education system that was separate and unequal. While the Bank claimed that girls could re-enter regular school in Form 4 or 6, less than 10 per cent of these students ever go on to complete these higher levels of school, making the path to re-entry very narrow indeed.

If the Bank’s financing is used to support institutions that discriminate against pregnant schoolgirls, not only will it be in violation of its own ESF...but the Bank will also be complicit in grave human rights abuses

A 2016 study by Twaweza, one of the leading East African civil society groups that focuses on education and data, showed that 71 per cent of Tanzanians were in favour of pregnant girls continuing with their education. Over 10,000 citizens — mostly from Tanzania and other sub-Saharan African countries, signed a petition demanding that the World Bank board withhold its support until the ban on pregnant schoolgirls is lifted. In addition, a group of civil society members, who chose to remain anonymous for fear of reprisals, wrote multiple letters to the Bank board asking for further postponement to reflect on concerns.

Meanwhile, reports on forced pregnancy testing of schoolgirls continued to emerge. Forced testing, which is far too common in Tanzania, is the inevitable consequence of a government policy of expulsion. Even while the Bank’s board was weighing up project approval earlier this year, headteachers and educational officers in the Dodoma district were instructed to regularly perform pregnancy tests of girls in all primary and secondary schools. In most cases, these are physically intrusive tests that effectively amount to sexual assault.

After being delayed twice, the board finally approved the revamped project, despite the United States voicing its concern and voting “no”.

Most strikingly, in its factsheet on the approved loan, the Bank claims that “there is no government policy that states that students who become pregnant must be expelled from public schools.” Until now, girls have been expelled under the government’s 2002 education regulation no. 295, called “Expulsion and Exclusion of Pupils from Schools,” using Rule 4(b) and (c) that allows expulsion for “an offence against morality”. The new arrangement with the Bank seems to indicate that the government agreed it will no longer expel pregnant girls based on this regulation. Civil society can use this to its advantage by actively monitoring expulsions and reporting them to the Bank, seeking another suspension of disbursements if the government backtracks on this agreement. Another important victory has been a government guarantee to the Bank that the practice of compulsory and involuntary pregnancy testing is not part of any official policy and a commitment to halt the practice.

The Bank’s documents refer to the programme as a method to support so-called “drop-outs”, not expelled girls. We therefore remain cautious about whether the government will actively work to end expulsions and whether the World Bank will actually act upon receiving reports that girls are still being denied schooling. Also, what seems to be clearly missing in the agreement is an assurance on independent monitoring mechanisms, protected by the Bank, that could ensure that SEQUIP activities are delivered without discrimination. Without these mechanisms, there would be no way for the Bank to get reliable information about the performance of the loan in the severely restricted civic space of Tanzania. Some of those who raised concerns in Tanzania about these issues have already received death threats from government representatives.

Finally, the Bank has a duty, under its Environmental and Social Framework (ESF), to ensure that all its projects promote equality and non-discrimination by improving access to services for all traditionally marginalised and disadvantaged groups. In fact, the Bank’s directive on disadvantaged and vulnerable groups requires that it engage with and listen to marginalised groups, like pregnant schoolgirls in Tanzania.

If the Bank’s financing is used to support institutions that discriminate against pregnant schoolgirls, not only will it be in violation of its own ESF, making an Inspection Panel case inevitable, but the Bank will also be complicit in grave human rights abuses. More needs to be done to ensure that pregnant schoolgirls are not forced into “separate but unequal” “Alternative Education Pathways”.

Gender based violence and the World Bank: Who is being left behind?