Cashing in on the pandemic: how lawyers are preparing to sue states over COVID-19 response measures

Comments on ICSID discussion paper, “Possible improvements of the framework for ICSID arbitration” 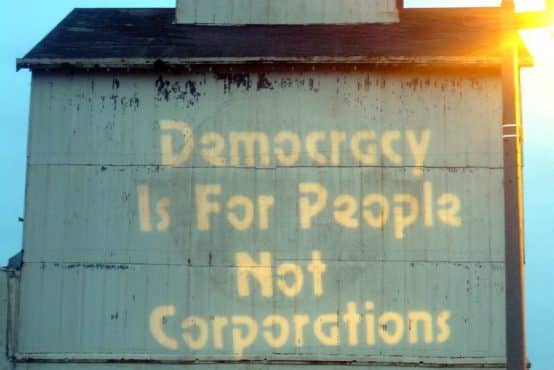 The Covid-19 pandemic has forced states to take unprecedented measures to try to minimise the pandemic’s health impacts, resulting in near paralysis of economic activity and restrictions to social and political activities with far-reaching global consequences (see Dispatch Springs 2020). But developing (and indeed developed) states may face yet another challenge – the threat of arbitration at the World Bank’s International Centre for Settlement of Investment Disputes (ICSID) (see Inside the Institutions, ICSID).

ICSID is the principal forum for the settlement of investor disputes brought against states through the system of Investor-to-State Dispute Settlement (ISDS), which are included in many bilateral and multilateral trade agreements and provide foreign companies and individuals privileged treatment and recourse against states outside the jurisdiction of domestic courts. ICSID has been widely criticised for alleged corporate bias, secrecy and lack of democratic accountability (see Observer Autumn 2015, Summer 2014; Bulletin December 2013). Currently about two-thirds of investor disputes are filed at ICSID, which does not have a process for appealing decisions.

While the number of cases brought to ICSID were initially small, they have increased dramatically as globalisation brought a surge in trade and investment deals and development actors championed foreign direct investment. As detailed in the 2019 Extraction Casino report by Mining Watch Canada, the Institute for Policy Studies and the Center for International Environmental Law, the number of mining, oil and gas cases filed at ICSID has nearly doubled in the past two decades, as have the amounts awarded. The report noted, for example, that, “Colombia faces around US$18 billion in threatened or actual claims from six mining companies gambling on international arbitration to pursue future lost profits over measures to protect water and Indigenous territory.”

Financial pressure from such multi-million dollar claims may result in governments watering down or dropping the necessary regulations to cope with emergency situations like the COVID19 pandemic.Bart-Jaap Verbeek, SOMO

According to a May Seattle to Brussels civil society network open letter sent to governments and signed by 630 organisations, “from 1 March until 25 May 2020 when most governments were in the midst of the pandemic crisis, 12 new ISDS cases were filed at [ICSID] alone.” Peru, for example, has been the subject of an arbitration claim at ICSID by investors for having suspended the collection of tolls on roads operated by private firms in response to the Covid-19 outbreak.

A May article on law firm Addleshaw Goddard’s website noted that, “there are currently over 260 [ICSID] cases pending against African States…compared to 135 cases in May 2017. It is anticipated that many more arbitrations will be commenced in the months to come. This is especially important when considering that in the case of ICSID arbitrations alone, more than half of claims commenced against African States have resulted in a final award, and more than half of those cases have resulted in an award of full or partial damages against the State.”

These trends and the prospect of future claims have resulted in calls for a suspension of ISDS cases during the crisis. The Seattle to Brussels network’s open letter demanded a suspension of all ISDS cases on any issue against any government while it is responding to the Covid-19 pandemic, noting that, “by the end of 2018, states worldwide had been ordered or agreed to pay investors in publicly known ISDS cases the amount of US$88 billion. Some developing countries have billions outstanding in pending ISDS claims.”

The letter echoed a similar call in May for an ISDS moratorium during the Covid-19 crisis by the US-based Columbia Center on Sustainable Investment, signed by, among others, a number of prominent UN human rights experts and Justin Lin, a former chief economist at the World Bank. The Center’s letter included a call for a permanent restriction “on all arbitration claims related to government measures targeting health, economic, and social dimensions of the pandemic and its effects.”

The prospect of a flood of ICSID cases resulting from responses to the pandemic, was highlighted in a May article by research group Corporate Europe Observatory titled, “Cashing in on the pandemic: How lawyers are preparing to sue states over COVID-19 response measures.” Considering the potential scope for action by corporations, the article stressed that cases could be brought against states for a numerous efforts to combat the pandemic, from action for affordable drugs and tax justice measures to debt relief for households and businesses.

As UNCTAD’s May Investment Policy Monitor report indicated, the mere threat of ICSID cases may deter states from taking actions thought necessary in response to the pandemic. The report’s findings are supported by Bart-Jaap Verbeek from Dutch civil society organisation SOMO, who stressed that, “Foreign investors do no longer turn to ISDS only as a last resort to resolve disputes, but increasingly use it as a deterrent to pre-emptively strike down government measures that may negatively impact their business activities. The financial pressure emanating from such multi-million dollar claims may potentially result in governments watering down or dropping the necessary regulations to cope with emergency situations like the Covid-19 pandemic and ensuing economic crisis.”

The 2019 UNCTAD Trade and Development report stressed that, in the aftermath of the 2008 global financial crisis “with markets in freefall…government was the solution”, yet, as the situation stabilised, “money still talks but governments apparently have lost their voice”, leading to a return to a reliance on private sector investment as the key provider of finance for sustainable development. The report aptly concluded, “everything, it seems, has had to change, for things to stay as they were.”

The World Bank’s Maximizing Finance for Development (MFD) approach – including its push for public-private partnerships (see Observer Winter 2017-2018), the ‘Billions to Trillions agenda’ and the exorbitant privilege afforded foreign investors under ISDS and within ICSID, are very tangible expressions of this trend (see Observer Summer 2017). Given the potential deluge of ICSID lawsuits in response to government efforts to control the world-wide pandemic, those interested in more just international financial architecture will be watching closely to see how states respond to calls for a moratorium of ISDS cases and whether ICSID’s ongoing reform process will result in urgently required changes (see Observer Winter 2018). Radical reform of the flawed institution has been proposed, including, its formal separation from the World Bank. As emphasised by professor Kevin Gallagher and UNCTAD’s Richard Kozul-Wright in their June article in the Global Policy journal, reforms of ICSID and ISDS are essential to ensure the survival of an effective multilateral system (see Bretton Woods at 75 and the future of multilateralism conference).

Cashing in on the pandemic: how lawyers are preparing to sue states over COVID-19 response measures

Comments on ICSID discussion paper, “Possible improvements of the framework for ICSID arbitration”