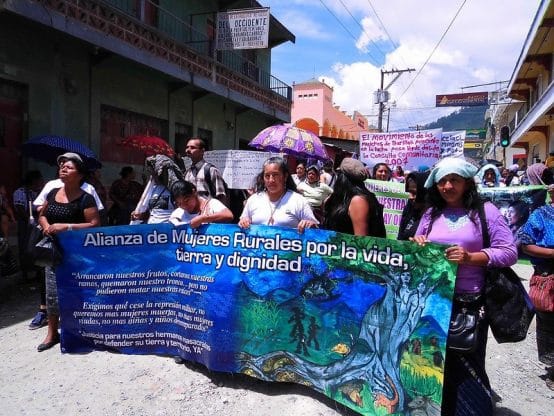 The IFC was found negligent of preventing harm to the local indigenous community of Santa Cruz Barillas in the CAO’s compliance investigation report, following a complaint filed by the residents in 2015. The investigation highlighted that the IFC failed in its duty to prevent harms linked to the project, which included illegal detainment of those protesting against the project and the murder of local activist, Andrés Pedro Miguel, as well as the use of violence against several other members of the community.

We’ve waited five years to hear the result of our complaint...We are appalled by the IFC’s response.Cecilia Mérida, a Santa Cruz community leader

The CAO investigation concluded that, “Though aware of project impacts during the period of financing, IFC did not engage with its client to ensure that residual impacts of the project were assessed, reduced, mitigated, or compensated for, as appropriate, including at project closure, as required by the Performance Standards and the Sustainability Policy.” The IFC’s environmental and social consultant, commissioned to prepare a review of the project, corroborated the CAO’s findings.

In its response, released in June, the IFC accepted that the community had suffered negative impacts, admitting some failures in its due diligence and monitoring. However, it did not offer to take remedial action to address the damages, denying that the impacts can be attributed directly to the construction of the dam. To support this claim, the IFC cited a 2013 report by the Office of the UN High Commissioner for Human Rights, despite the UN report clearly linking human rights violations in Guatemala to the Barillas dam. In the same response, the IFC contradicted its own defence by highlighting evidence from the Guatemalan Human Rights Ombudsman which, it stated, “references the HSC project as contributing to the wider conflict in Barillas.”

In Guatemala, the People’s Assembly of Huehuetenango issued a statement condemning the response as “fraught with racism, indolence, irresponsibility, but above all impunity.” In a June press release, Cecilia Mérida, a community leader from Santa Cruz, stated, “We’ve been imprisoned, forced to flee our communities and some of us have lost our lives. We’ve waited five years to hear the result of our complaint. And for what? We are appalled by the IFC’s response.”

Kate Geary, of Netherlands-based civil society organisation Recourse, described the IFC’s claim as “absurd and illogical” in a June article by the International Consortium of Investigative Journalists, warning that this signalled, “a return to the bad old days of an unaccountable and unresponsive IFC.”

IFC’s response follows recent commitments from Le Houérou, who announced this month that he will be stepping down from his position, to strengthen its environmental and social standards (see Observer Summer 2020). Geary further commented, “This is one of the first test cases of that new accountability and it has failed,” adding that the IFC’s board of directors must now assist the community affected by these harms.