Does the IFC capital increase add up?

When will the Bank learn that the necessary foundation to build back better education systems post-pandemic is social dialogue? 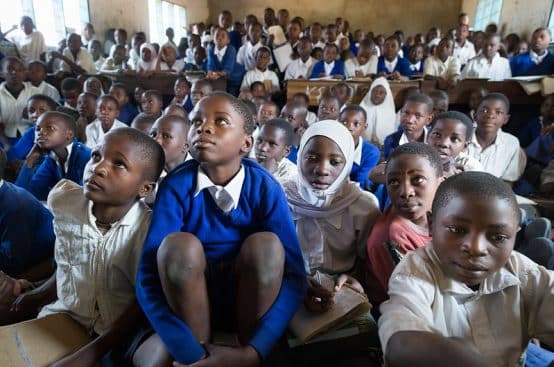 The World Bank Group published a report in May exploring the implications of the “twin shocks” – identified as the closure of schools and looming economic recession – on education systems globally. In a June blog, David Edwards of Education International, a federation of 32 million teachers across 173 countries, pointed out “some gaping omissions and problematic assumptions” in the Bank’s report. Edwards highlighted two faulty assumptions that run throughout the report: “privatising education supports the achievement of SDG 4” and that, “teachers are merely a resource whose effectiveness is to be maximised; efficiency is key and labour rights are a barrier.”

Increased drop-out numbers, inequality, lack of access and poor quality of education are among the many negative trends that will be exacerbated by the crisis, according to the report. Yet, the private-sector focus of the report seemed to contradict the rationale behind a recent announcement by the International Finance Corporation (IFC), the World Bank’s private sector arm, about freezing financing of private schools. This reaffirms long-standing concerns about the Bank overlooking the need to support governments to build better public education systems and move away from the privatisation of critical public services (see Observer Winter 2018).

The Bank’s report focuses on how to cope with private schools’ losses, rather than issues such as labour or education rights, social dialogue, or the need to ensure adequate support to teachers. It presented proposals such as “government-funded school-fee waivers”, as a way to prevent private schools from closing permanently. This raised flags about the World Bank “artificially boosting the private market rather than taking the opportunity to consider the effectiveness and sustainability of a highly privatised education system,” Edwards noted.

The approach reflected in the report contrasted with an April announcement by the IFC, committing to freezing investments in private for-profit primary and secondary schools and to greater transparency in financial intermediary lending, as part of a new package of reforms linked to the approval of the IFC’s capital increase by the US Congress. In a press release in response to the announcement, Nadia Daar of Oxfam International noted that, “This is a huge step forward not just for the IFC, but for how we understand the role of the private sector in development,” and that, “The COVID-19 pandemic should not be used by any donor as an excuse to invest in for-profit private education provision.”

The announcement took place after more than 170 CSOs from around the world sent a letter in October 2019 calling on the Bank to end support to for-profit private education and to ensure it focuses instead on the development of quality education systems that are accessible to all (see Observer Winter 2019). The letter came after the UN Human Rights Council unanimously adopted a resolution recognising the Abidjan Principles on the human rights obligations of states to provide public education in July last year, and the Global Partnership on Education (GPE) adopting a draft private sector strategy in June, agreeing that, “no GPE funds can be used to support for-profit provision of core education services” (see Observer Summer 2019).

Does the IFC capital increase add up?

When will the Bank learn that the necessary foundation to build back better education systems post-pandemic is social dialogue?