Media briefing note: IFC unaware of the environmental/social impacts of nearly half its portfolio 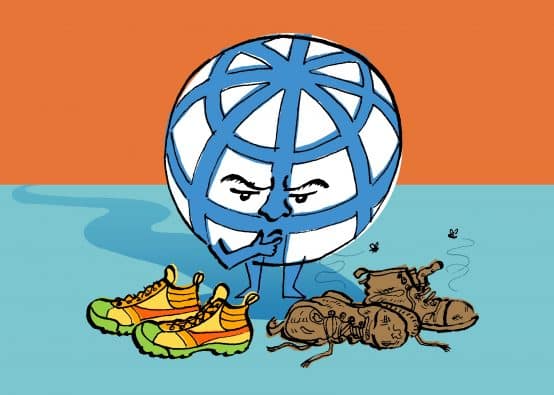 The review followed widespread concerns about IFC and MIGA’s accountability in recent years. It was made public in part because strengthened safeguards and accountability at the IFC were a precondition of approval of the IFC’s capital increase by the US House Financial Services Committee, which has oversight over US participation in multilateral development banks (see Observer Winter 2019).

The results of the review have been eagerly anticipated by communities affected by IFC and MIGA activities and civil society groups. The detrimental impact of IFC and MIGA investments on the human rights of the most vulnerable, such as in Guatemala (see Observer Summer 2020), have been widely documented. The 2015 Oxfam Suffering of others report and Inclusive Development International’s 2016 publication Outsourcing development provide clear examples of the negative social and environmental impacts of IFC investments, and demonstrate what is at stake as implementation of the review is considered. These concerns have been exacerbated by the Covid-19 pandemic, as noted by a May open letter to the outgoing IFC CEO, Philippe Le Houérou, signed by over 40 global civil society organisations, including labour and women’s rights organisation Maquila Solidarity Network and Cambodian human rights organisation Equitable Cambodia, demanding that the public interest be prioritised over the private sector.

I urge the Board to fully implement these recommendations, which will ... secure critical policy reforms for vulnerable communitiesMaxine Waters, chairwoman of the US House Financial Services Committee

According to an October 2019 World Bank announcement, it was agreed a review should take place, “As IFC and MIGA seek to scale up private investment and create markets in the most challenging environments.” The review and its recommendations will be considered by the World Bank executive board.

US Congress and civil society warn against dilution of recommendations

US Congresswoman Maxine Waters, chairwoman of the House Financial Services Committee, earlier this year conditioned her committee’s support for the IFC’s capital increase on a number of reforms aimed at strengthening the IFC’s environmental and social performance, as well as its accountability system (see Observer Summer 2019). One of these commitments was the timely disclosure of the final report of the independent review team, which is essential to a well-informed public consultation process. Responding to the external review, Congresswoman Waters noted, “I am pleased to see that IFC has followed through on its commitment to disclose the Review Panel Report. The Review was conducted by leading experts in private-sector development, compliance functions, dispute resolution and governance, and it includes a thorough analysis of the gaps in the IFC’s current systems as well as thoughtful recommendations to address them. I urge the Board to fully implement these recommendations, which will lead to a stronger system that will solidify the IFC’s role as a global leader among development finance institutions and secure critical policy reforms for vulnerable communities.”

In addition to separate thematic submissions, on 12 September, 46 civil society organisations, including the Nepalese National Federation of Indigenous Nationalities and the Yemeni Observatory for Human Rights, submitted a letter to the IFC and MIGA executive boards calling the report, “path-breaking in the field of development finance accountability both in its thoroughness and its systems-level analysis.” The letter urged the boards to, “endorse the report as the minimum required for implementation,” and, echoing Congresswoman Waters, cautioned against a dilution of the report and its recommendations, stressing that, “any deviations from the recommendations proposed by IFC/MIGA or CAO should only be considered if they further strengthen the accountability framework.”

The letter to the executive directors underscored strong support for the review’s conclusion that the CAO is “fit for purpose” and that it should maintain its independence – one critical aspect of which is maintaining its authority to determine whether there is sufficient evidence to warrant a compliance investigation. The review’s support for the CAO was particularly welcome as there has been some concern, particularly in light of the ongoing legal suit against the IFC in the Tata Mundra coal power plant case (see Observer Autumn 2020), that its independence and capacities may be weakened. The letter also endorsed the recommendation that the CAO should report to the executive board, rather than management, as is currently the case.

Considering the implementation of the review and its recommendations, the letter noted that the CAO, IFC and MIGA should be tasked with developing proposals to implement the recommendations that apply to them and that these should be open to consultation. As recommended in the review, the CAO should take the lead drafting the framework policy for the CAO, to be adopted by the executive board.

An opportunity to remedy long-standing concerns

Signatories to the letter enthusiastically supported the recommendation that IFC and MIGA should adopt the “contribute to harm, contribute to remedy” principle, as this has been a long-standing civil society demand. As the letter stressed, “[currently] even complainants who successfully navigate the CAO process are not provided sufficient remedy for harms suffered,” adding “IFC/MIGA should prioritize the implementation of a remedial environment that includes funds to contribute when harm occurs.” The focus on remedy is substantiated by the review, which stressed, “According to CAO monitoring reports, only 13 percent of monitored projects demonstrate satisfactory actions by IFC/MIGA to remedy non-compliance and related harm.” Highlighting the need for urgent action on the remedy issue, a joint submission by CSOs, including Indian organisations Nazdeek and Peoples Action for Development, urged the executive board to address long-standing complaints about the “abysmal” living and working conditions of indigenous communities working in India’s Assam tea plantations operated by Amalgamated Plantations Private Limited, in which the IFC is the second largest shareholder (see Observer Winter 2017). The submission called for IFC to implement the remedy recommendation “without delay.”  Jolie Schwarz of US-based Bank Information Center stressed that, “The recommendation that IFC should support remedy is the lynchpin of the review that gives meaning and effect to many of the other recommendations. Failing to address the clear need for remedial actions risks maintaining a critical weakness in the system that could undermine any further reform efforts.”

Also addressing a challenge identified by communities and partners who support them, the review proposed that the IFC and MIGA actively engage with communities on the ground and attributed to them the responsibility for ensuring clients disclose the availability of the CAO to the communities and verify this has happened by surveying affected communities. To help ensure improved community engagement, the review recommended that the IFC should consult with complainants on the draft management action plan, following the CAO compliance report.

The review is taking place as the World Bank redoubles its efforts to “scale up private investment and create markets,” despite long-standing civil society concerns about the Bank’s Maximizing Finance for Development (MFD) approach, which seeks to leverage private sector investment for development, thus raising the prominence of IFC and MIGA in the Bank’s lending portfolio (see Observer Spring 2020, Summer 2017). The increased importance afforded to IFC and MIGA within MFD and in response to the Covid-19 crisis (see Observer Summer 2020) makes a review of the CAO’s “role and effectiveness” extremely important.

The review is also taking place in the context of the IFC’s continued unwillingness to accept responsibility for harms caused by its lending to the Tata Mundra coal power plant in India (see Observer Autumn 2020) and other concerns that continue to be raised by people negatively affected by IFC investments.

There are fears from civil society that the review will fall victim to a fate similar to the review of the Inspection Panel toolkit completed in March, where the adoption and implementation of the initial report (which lacked consultation) was the subject of extensive deliberations behind closed doors within the World Bank. According to a March joint CSO statement, the Inspection Panel review missed an opportunity to adopt “innovative changes that would have set the bar for public accountability in development finance,” but instead achieved “mixed results.”

Underscoring the need to avoid a fate similar to that of the Inspection Panel toolkit review, Schwarz emphasised that, “The credibility and expertise brought to this review has resulted in a serious package of reforms that should be endorsed by the Board as a whole. The systems-level recommendations will not achieve the intended result of strengthening the whole system if taken piecemeal, based on what is politically expedient.”

In addition to demanding the adoption of the review’s recommendations in full, expert CSO submissions on the review identified the need for public disclosure of and consultation on documents developed to support its implementation as imperative for the fulfillment of its promise.

The current context and challenges faced by the IFC, MIGA and, indeed, the communities impacted by their actions, require bold leadership and swift action.

Media briefing note: IFC unaware of the environmental/social impacts of nearly half its portfolio