Debt in developing countries has doubled in less than a decade

Official economic forecasts for poor countries are too rosy

The politics of growth projections 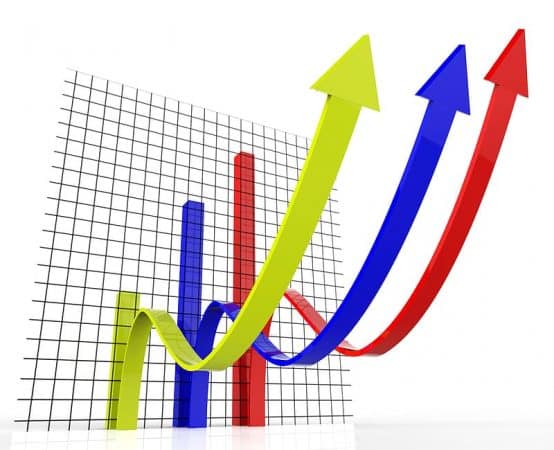 As the IMF prepares the World Economic Outlook report ahead of its October annual meetings, concerns have been raised that its overly optimistic forecasts conflict with its Covid-19 recovery narrative. As noted by Washington DC-based think-tank the Center for Global Development (CGD), in April, the IMF forecast that growth will decline by 8.4 percentage points for advanced economies from 2019 to 2020, while only by 5.3 percentage points for emerging markets and developing economies (EMDEs) (see Inside the Institutions IMF Forecasting Models). This relative optimism in relation to EMDEs was maintained in a June update, when the IMF revised growth down by 2 percentage points across the board. For many EMDEs, IMF debt sustainability analyses project economic contractions in 2020, followed by a quick return to strong growth in 2021, projecting a so-called ‘v-shaped recovery’.

The accuracy of these relatively rosy forecasts has been called into question and commentators were quick to point out that they do not match the Fund’s broader Covid-19 narrative, which has warned of, “the worst recession since the Great Depression, and far worse than the [2008] global financial crisis,” that could be more severe for developing countries because of additional vulnerabilities. CGD published a working paper in May warning that the Fund’s optimism could not be easily explained. This was followed by a June article where it referred to the revised IMF forecast as “puzzling”, arguing “post-April developments should make the growth outlook worse for EMDEs than for advanced economies, perhaps even substantially.” Economists Bauer and Mihalyi similarly described the IMF’s April growth forecasts as “vastly over optimistic,” in an April post in news outlet The Africa Report, citing projected “miraculous” recoveries for oil-dependent countries like Algeria and Chad. Kristina Rehbein with civil society organisation Jubilee Germany, co-author of a forthcoming report on IMF growth projections in the context of Covid-19, remarked, “It is striking to see in individual country analyses, how quickly the IMF expects over-compensating growth in developing countries to materialise, while senior IMF leadership is simultaneously warning of the risk of a protracted crisis, wide-spread debt defaults and a ‘lost decade’ for developing countries.”

A vast body of evidence demonstrates that the IMF systematically over-estimates growth. As cited in The Economist in August, “[IMF] forecasts for developing countries in 1990-2016 were, on average, 0.42 percentage points above subsequently published GDP figures.” Research by Cust and Mihalyi published in 2017 by the IMF’s magazine, Finance & Development, demonstrated that the Fund particularly over-estimates the impact of oil and gas discoveries on economic growth, consistently wrongly predicting that oil and mineral discoveries will boost growth immediately. The internal IMF Review of Program Design and Conditionality conducted in 2018, covering 2011 to 2017, also concluded that growth assumptions were often too optimistic, a view that was shared by IMF executive directors responding to the report (see Observer Summer 2019).

The IMF's systematic ignoring of their own warnings on the individual country level could have dire consequences for critically indebted countries and political decisions on debt relief needs for those countries.Kristina Rehbein, Jubilee Germany

The dangerous consequences of these trends are well-established, from facilitating unwarranted complacency to fuelling future crises, with a 2018 IMF working paper demonstrating that “recessions, fiscal problems, as well as Balance of Payment difficulties are more likely to arise in economies for which past growth forecasts have been overly optimistic.” Reflecting on these figures, The Economist’s August article surmised that economic forecasters are a “sunny bunch” and cited Maurice Obstfeld, former IMF chief economist, suggesting that, “perhaps people should simply expect less of forecasts.” Yet, with an unprecedented global pandemic wreaking havoc on the poorest communities, the prospect of inaccurate forecasts informing critical decision-making is no laughing matter.

With IMF debt sustainability analyses commonly projecting EDMEs will simply outgrow the crisis, governments may feel compelled to borrow in the face of inaction from the Fund and others, while they could actually see U-shaped, W-shaped, or even L-shaped recoveries, the latter of which is associated with a long-term decline in GDP. Bauer and Mihalyi pointed out that oil-rich countries are particularly vulnerable and that their IMF growth forecasts do not match Fund projections for the 2021 oil price (see Observer Winter 2019). The CGD’s May analysis warned that the current numbers could, “legitimize an ungenerous, conditionality-addled response on the part of the international community.” Ahead of a G20 finance ministers meeting in October, the debt justice community has implored them to consider offering debt cancellations and restructurings, rather than temporary debt relief measures premised on the capacity of participants to eventually meet their obligations – presumably on the back of robust growth. Rehbein further commented, “The IMF’s systematic ignoring of their own warnings at the individual country level could have dire consequences for critically indebted countries and political decisions on debt relief needs for those countries.”

UN debt workout mechanism: A critical part of the solution

While the myriad reasons behind these trends have often been opined upon and include complex issues to tackle, such as an over-reliance on modelling prone to manipulation and political influence, as well as unrealistic fiscal consolidation targets, a critical issue is the Fund’s role in the global debt architecture. The IMF’s designation as the ‘lender of last resort’ implies its analysis is particularly influential with other creditors, meaning a downward growth projection could become self-fulfilling, putting pressure on the IMF to lend in less-than-ideal and highly politicised circumstances, rather than insist on debt restructuring, as in the case of Greece (see Observer Spring 2015). Furthermore, while the Fund acts as the principal expert advisor in determining the degree of relief that may be available to a debtor through its debt sustainability analysis, it is also a major creditor, meaning it, “has direct influence on the recoverability of its own claims,” as explained in 2013 by Jürgen Kaiser, also with Jubilee Germany.

To help address these difficulties, as part of the UN Financing for Development Forum, a number of governments are discussing fundamental reforms to the international financial architecture, including “[the need for] a formalised debt restructuring mechanism that is orderly, fair and transparent.” Such a mechanism could offer a critical voice on sovereign debt that is independent from creditors and free from pressures to justify lending packages (see Observer Spring 2020).

Debt in developing countries has doubled in less than a decade

Official economic forecasts for poor countries are too rosy

The politics of growth projections