Initiative for Social and Economic Rights 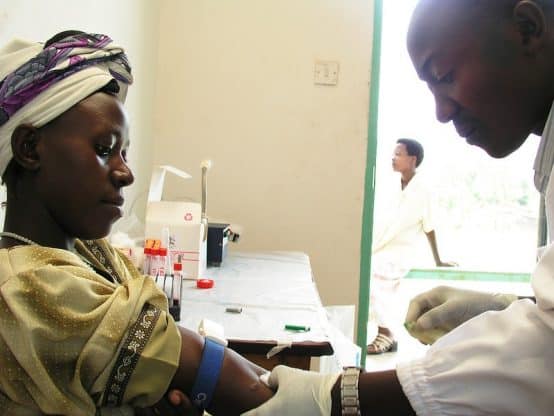 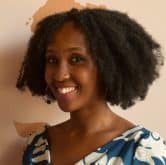 In Uganda, the World Bank and the Swedish International Development Agency (SIDA) funded a $17.3 million public-private partnership (PPP) project called the Uganda Reproductive Health Voucher Project (URHVP) from 2015-2019. The project purported to increase access to maternal reproductive health for poor women by aiding them in “accessing safe delivery services.” In this PPP arrangement, health facilities, the majority of which were private, provided delivery services through vouchers sold to the community in a project funded by the public sector with donor assistance. In its results report, the World Bank claimed the project “provides good lessons on how the government can contract with the private providers to deliver reproductive health services to poor women living in underserved areas.”

Despite the World Bank’s claims, research by the Initiative for Social and Economic Rights’ (ISER), based on a random selection of districts in eastern and western Uganda that implemented the project, found that it failed to reach the poorest women. The first red flag was the project design. It required mothers to pay what the funders considered a ‘nominal fee’ of 4,000 Ugandan shillings (UGX, slightly over $1) to receive a voucher to access services. The mothers bought the vouchers from a community village health team (VHT) member who was supposed to conduct a poverty assessment. VHTs bought the vouchers from Marie Stopes, the implementing agent at 2,700UGX each.

This model incentivised the commercialisation of healthcare. ISER’s research found that VHTs often sold the vouchers for more than the prescribed price to maximise profit. The Office of the Auditor General’s Audit confirmed this, noting vouchers were sold for as much as 100,000UGX, 25 times the prescribed price. One private provider candidly admitted, “There are many mothers who could not afford the UGX 4,000 for the voucher cards…it is those with the means that come to the private facilities. Those poorest cannot come here.” In the areas of project implementation, VHTs noted they would not travel to the more remote parts or seek out the poorest since they would incur another transport expense that would reduce their profit margin. Others made the pregnant women work for them in their plantations in exchange for vouchers.

"The private sector does not reach the poorest and as revealed by the voucher project, often engages in unethical practices to secure profit"Allana Kembabazi, Initiative for Social and Economic Rights

Islands and hard to reach districts are often ranked among the lowest performing districts in health by the Ministry of Health. However, all but one of the districts in the project were not considered hard to reach. Indigenous minority groups and areas where they are based face higher levels of poverty and multiple levels of vulnerability and should have been a target area. World Bank project documents note they could not focus on indigenous peoples since they resided in areas without facilities. Ultimately, the Office of the Auditor General found 68 per cent of project beneficiaries were either middle class or rich. Only 32 per cent were poor.

Who do these projects ultimately serve if the poorest and those living in remote areas are excluded and yet they face insurmountable barriers to accessing healthcare? Is this the best use of money given the underfinanced public health system on which poor women depend? By imposing user fees through a publicly-funded programme to reach poor women, the World Bank ironically perpetuated the exclusion of the poorest. Voucher programmes must be understood against the broader backdrop of the World Bank’s policies. Historically, the World Bank and IMF through their structural adjustment programmes promoted user fees in health. In Uganda, the president abolished them in 2001 following a national participatory poverty assessment that found they excluded the poor from accessing healthcare. This resulted in a surge in demand for healthcare. In fact, the World Bank’s research found the poor benefitted when user fees were abolished. The insistence that mothers pay 4,000UGX for a voucher ignores the reality that the poorest cannot afford it. Health workers recounted having to cut up old curtains and bed sheets because poor mothers in the community had nothing with which to wrap their newborn babies in. The World Bank’s own data found 1 in 5 Ugandans is extremely poor and a third live below the poverty line. It estimates that in light of the Covid-19, an additional 3 million will become poor.

Such piecemeal approaches are therefore an unnecessary distraction from fixing the public health sector, divert scarce funds towards the private sector and heighten inequality in access to healthcare. Uganda’s health sector has been underfinanced, ranging from 6-9 per cent of the national budget. When Covid-19 hit, the government hastily procured 145 intensive care unit (ICU) beds to supplement the existing 55 ICU units to serve over 45 million Ugandans. The country has 181 public ambulances. A comprehensive ambulance service would cost $11,670,700 (447.148 billion UGX). Moreover, the project’s high operational costs make it unsustainable for governments in the long run. During the first year of implementation, 75.4 per cent of funds disbursed went to administration. Between 2015-2018, it was 48.5 per cent.

Covid-19 reveals that a failure to prioritise access to health care for the poor will wipe out gains made in advancing health outcomes and affect the economy. Combatting Covid-19 and future pandemics requires resilient public health systems. They are the first point of call for the poor.

This lesson hasn’t sunk in. The World Bank is supporting the formulation of a Medical Credit Fund in Uganda to provide credit at affordable rates for private health facilities. This ignores evidence that the private sector does not reach the poorest and as often engages in unethical practices to secure profit e.g., by delaying referrals and an unduly preference for C-sections. One private proprietor hastily set up everything once the URHVP project was advertised to pass accreditation, but when the project ended, indicated the facility would close because it was not profitable. A Medical Credit Fund to support the private sector will reenact these failures.

The World Bank should desist from its ideological support of private sector solutions and finance public health systems.

Initiative for Social and Economic Rights