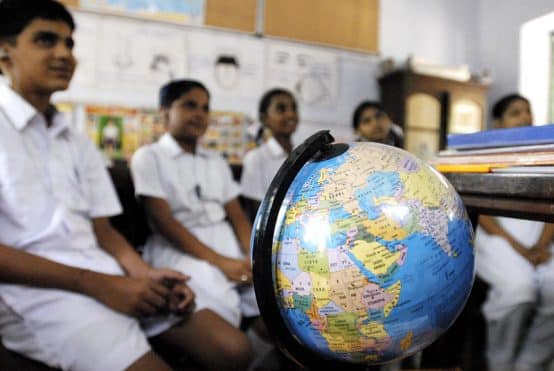 On 24 June the World Bank approved the $500 million Strengthening Teaching-Learning and Results for States (STARS) loan programme across six states in India. The programme expands private initiatives and partnerships in the education system, as well as implementing sweeping reforms to learning assessments.

The loan contains provisions to facilitate a national framework for partnerships with non-state actors, including from the private sector, a strategy increasingly championed by the World Bank as part of its Maximizing Finance for Development approach (see Observer Spring 2020, Winter 2018, Autumn 2017). A June report from Oxfam India, however, concluded that the project, “risks significant diversion of Indian taxpayers’ funds to an array of private actors, introduces the privatisation of education in six of India’s states, and changes the framing for the private sector’s engagement with education in India as a whole.”

The programme coincided with the Government of India’s implementation of its first new National Education Policy in 34 years. The policy has prompted concerns that increased private sector involvement will undermine state capacity to deliver education in India, especially equitable education for girls, as the Covid-19 crisis has prevented millions of children from accessing school during the nation-wide lockdown.

"Systemic inequities in India’s education, as underscored by the pandemic, are not being addressed in the STARS Project.”Letter to World Bank with 1,400 signatories

Kiran Bhatty from the Centre for Policy Research wrote in Indian Newspaper The Hindu in June that the World Bank, “has the mistaken understanding that state capability should be built by giving a larger role to non-state actors and by increasing the use of technology. Both these premises are misguided as they do not contribute to the capability of the state to deliver better education.”

In June, a letter signed by 1,400 groups and individuals, including the National Coalition for Education and the National Youth Equity Forum in India, stressed that the loan undermined India’s Right to Education Act, and called on the World Bank to postpone the loan until it addressed their concerns. It highlighted that, “systemic inequities in India’s education, as underscored by the pandemic, are not being addressed in the STARS Project.” The letter, addressed to Hartwig Schafer, the vice president of the South Asia Region at the World Bank, urged him to reconsider the partnerships with non-state actors, to develop concrete plans for promoting equity and prioritise expanding state capacity.

Covid-19 has pushed 1.5 billion children out of school globally, while education systems across the world  face crises in public financing, with the World Bank predicting further cuts of 10 per cent to education budgets globally for 2021 due to the pandemic. Despite this, concerns have been raised that the World Bank is taking “two steps back” by voicing its support for the private sector in education during the Covid-19 crisis (see Observer Summer 2020).

According to a 2019 report from Oxfam International, over a fifth of World Bank education projects between 2013 and 2018 included support for private provision of education, which has been criticised for deepening inequity and violating the Abidjan Principles on the right to education (see Observer Autumn 2020).

In September, 190 civil society groups signed a ‘Ten point call to action for financing for education post-Covid’. The call to action stated, “Aid from bilaterals and multilaterals needs to better harmonise and align behind strengthening government systems,…seeing private provision as a symptom of failure rather than a sustainable or equitable solution.” The call to action followed an August letter by 275 world leaders, including former UK Prime Minister Gordon Brown, urging the IMF and World Bank, among others, to prioritise education in the Covid-19 recovery, including through more significant debt relief.