A New Multilateralism for the 21st Century: the Richard Dimbleby Lecture

Academics call for the creation of a sovereign debt workout mechanism

The fierce urgency of now: Toward a new multilateralism 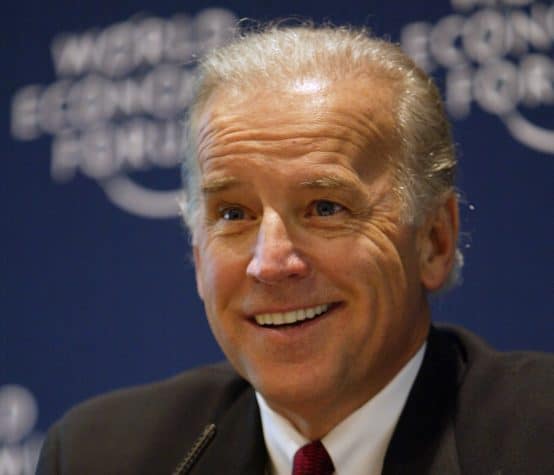 Fonteh Akum of South Africa’s Institute for Security Studies spoke for many within foreign policy circles in a November blog for international think tank Council of Councils when he noted that Biden’s election would “reap predictable multilateral and diplomatic dividends.” Yet, Biden’s views on the nature of the multilateralism he has vowed to support merits closer investigation.

In a March article for American magazine Foreign Affairs, Biden underlined that, “For 70 years, the United States, under Democratic and Republican presidents, played a leading role in writing the rules…that guide relations among nations.” It is precisely the US’ leadership in writing the rules promulgated and enforced by the World Bank and IMF that is contested by states and international justice movements. Critics have long argued that the current multilateral order built by the US and its European allies, anchored on the Bretton Woods Institutions, has principally protected their interests and those of Southern elites (see Observer Summer 2019, Bretton Woods at 75).

As the world struggles to respond to multiple crises triggered by the Covid-19 pandemic, amid proposals to ‘build back better’, calls for radical reforms of the multilateral system grow (see Dispatch Annuals 2020). The key question raised by Biden’s victory is therefore which multilateralism will Biden, deemed “the last, best hope of globalists” in an April Financial Times article, support: The current failed system or a rupture with the past?

It is precisely the United States’ leading role in writing the rules promulgated and enforced by the World Bank and IMF that is contested by states and international justice movements.

The world will be watching for Biden’s willingness to take significant steps to address historic democratic and legitimacy gaps at the World Bank and IMF, such as by ending US objections to IMF quota reforms, the last round of which were quashed by the Trump administration. To begin to repair the damage done, the administration could support calls to move up the timeline of the 16th review of IMF quotas, which will otherwise not be completed until December 2023.

The new administration could also back a comprehensive review of the quota formula itself to ensure that quota reviews do not merely reallocate power to significant emerging countries such as China and India to the detriment of other developing countries (see Observer Winter 2018). Biden’s support for an end of the ‘gentlemen’s agreement’ that sees the leadership of the Bank and Fund monopolised by US and European nationals, respectively, would have important practical and symbolic consequences (see Observer Spring 2019). Opportunities to address the under-representation of the Global South include the ongoing shareholding review at the World Bank and supporting double majority decision-making (see Inside the Institutions April 2020).

Biden’s commitment to a new multilateralism will also be evident in whether he advocates for a central role for the United Nations in the international financial architecture, such as by supporting the establishment of a well-resourced UN tax body and debt workout mechanism.

Biden plans to implement a $7 trillion stimulus package to help the US ‘build back better’. It will be crucial that his domestic rhetoric and counter-cyclical approach is matched by action in the international sphere. The signs to date are mixed.

While, according to US financial publication Market Watch, Biden’s nomination of Janet Yellen as Treasury Secretary was deemed to “mitigate the risk of any material progressive rules or regulations that would be disruptive to the banking and financial services sectors”, the pick was praised by Nobel laureate Paul Krugman and Foreign Policy magazine in light of her support for counter-cyclical policies. Regardless of Yellen’s domestic policy positions, a key test will be whether she pushes back against IMF-prescribed fiscal consolidation targets in developing countries’ recovery plans (see Dispatch Annuals 2020, Observer Autumn 2020). Given Wall Street’s strong support of Biden, critics of the World Bank’s Maximizing Finance for Development approach, which privileges the private sector and promotes the financialisaton of development and climate action, must wait for clarity on the administration’s position on privatisation, deregulation and push for the establishment of new investment asset classes (see Observer Spring 2020).

Considering the chorus of calls for a new allocation of the Fund’s Special Drawing Rights to alleviate the evolving debt crisis, attention will focus on whether Yellen will reverse the current US opposition to it. While there are efforts in the US Congress to support an SDR issuance equivalent to $2.8 trillion, Yellen outlined her own position to it in a March interview with American think tank the Brookings Institution, expressing a preference for an expansion of IMF’s emergency lending capacity instead.

As noted by online news site Inside Climate News, Biden’s decisions to rejoin the Paris Agreement and appoint former US Secretary of State John Kerry as US Climate Envoy have been widely welcomed. Biden has stated that the administration will “lead a major diplomatic push to raise the ambitions of countries’ climate targets” and “convene a climate world summit to directly engage the leaders of the major carbon-emitting nations.” It is hoped that the change in American policy will significantly strengthen coalitions within the World Bank to ensure further action on climate change and to pressure the IMF to meet is objective of ‘greening the recovery’. However, CSOs who have long opposed the Bank and Fund’s conditionality will be concerned by the language used in Biden’s climate plan, which supports the development of strong climate-related conditions at the BWIs. The plans stipulates that the US will, “work with international financial institutions to pursue shared debt relief for countries provided that they use those funds for climate-friendly development.” This raises questions about whether proposed ‘positive conditionality’ are consistent with a just transition, or add a mechanism for creditors to dictate terms to and open the markets of the Global South.

Few working to defend human rights and the environment in a just global economic system will shed tears at the change of leadership in Washington. Yet, at a time when the world faces the climate and inequality crises, concentration of corporate and financial power and distrust in institutions, questions remain whether Biden will support the structural changes urgently required.

A New Multilateralism for the 21st Century: the Richard Dimbleby Lecture

Academics call for the creation of a sovereign debt workout mechanism

The fierce urgency of now: Toward a new multilateralism