The International Center for the Settlement of Investment Disputes (ICSID)

Venezuela v. Exxon back to ICSID? 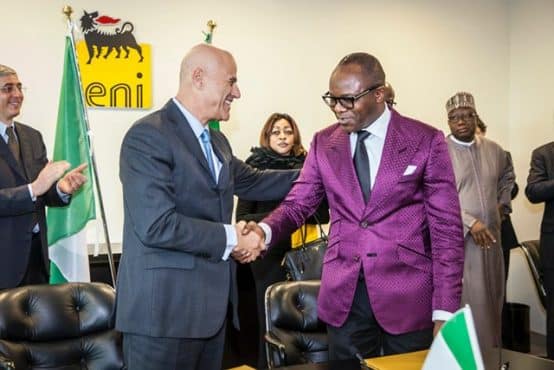 Italian oil major Eni filed a request for arbitration against the government of Nigeria at the World Bank-hosted International Center for Settlement of Investment Disputes (ICSID) in October. The request was linked to oil prospecting licence (OPL) 245, which concerns the rights to one of West Africa’s most lucrative oil blocks and has been at the centre of controversy for over two decades.

According to an October article from Nigerian news publication The Cable, “The oil company said it plans to argue that Nigeria’s failure to allow it to exploit an oilfield it acquired with Royal Dutch Shell nearly a decade ago breaches their investment agreement.”

Eni and Shell acquired OPL 245 in 2011, paying $1.1 billion to purchase the rights from Nigerian oil company Malabu, with an additional $210 million paid as a signing bonus to the Nigerian government, according to The Cable. Malabu initially gained rights to the bloc in the late 1990s, when it was awarded a prospecting licence by Nigeria’s then-petroleum minister Dan Etete, who covertly controlled the company, according to an October article in Finance Uncovered.

The deal is the focus of an ongoing trial in Milan, where Etete, Eni, Shell and various middlemen are accused of corruption – with all parties denying wrongdoing. A ruling is expected by the end of 2020 or early 2021. As part of the trial, Finance Uncovered noted that, “Nigeria – under new political management since 2015 – has asked the court to award it the $1.1 billion as part of compensation it hopes could run to several billions more once its potential losses from the terms of the 2011 deal are totted up.”

Meanwhile, with Eni’s rights to OPL 245 set to expire at the end of April 2021, the ICSID case is being viewed by civil society organisations (CSOs) as a legal counter-offensive by the oil major. A joint statement from CSOs, including Nigeria-based Human and Environmental Development Agenda and Italy-based Re:Common, said, “Nigeria must stand firm and resist Eni’s blatant bullying. Nigeria has no case to answer.” The groups have written to ICSID urging it to reject the case because it involves corruption allegations that  are already being tried before a national court.

As states take emergency measures in response to the Covid-19 pandemic that could expose them to claims from international investors, concerns have been raised that investor-to-state dispute settlements (ISDS) may be on the rise (see Observer Summer 2020). Concurrently, there are also fears that ISDS cases, including those arbitrated by ICSID, will form a significant barrier to the managed drawdown of fossil fuel production needed to achieve global climate goals.

Cases at ICSID are already skewed towards oil, gas and mining interests, with a 2019 report by Mining Watch Canada, the Institute for Policy Studies and the Center for International Environmental Law showing that the number of mining, oil and gas cases filed at ICSID has nearly doubled in the past two decades – as have the aggregate amounts awarded to investors by ICSID tribunals.

A report published in October by the International Institute for Environment and Development noted that, “ISDS protects most of the world’s 257 foreign-owned coal plants, which must be retired early in order to put the planet on track to keep temperature rise below 1.5°C above pre-industrial levels.…In Indonesia…the estimated value of 12 coal-fired power stations protected by ISDS could be up to $7.9 billion. The cost of ISDS compensation could be even greater.” The report added that, according to one estimate, stranded oil and gas assets globally could run between $3-7 trillion, with compensation awards via ISDS cases potentially greatly increasing the cost of the low-carbon transition.

The International Center for the Settlement of Investment Disputes (ICSID)

Venezuela v. Exxon back to ICSID?