IFC must implement the recommendations of its External Accountability Review

The Search Is On For A New Accountability leader at the IFC: What’s at stake and who can meet the hallenge?

We told you so!!! – Civil society calls on World Bank to stop funding the violation of environmental and human rights 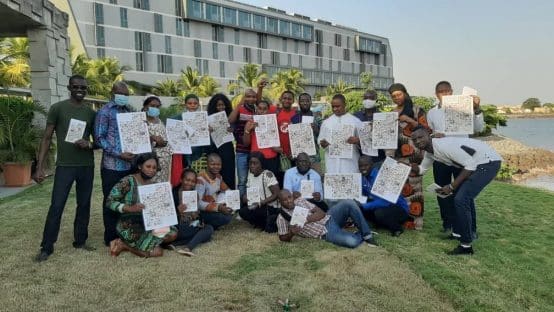 The International Finance Corporation (IFC), the World Bank’s private sector investment arm, has come under fire after an apparent violation of its performance standards at the five-star Marriott-Sheraton Grand in Conakry, Guinea, following the alleged retaliatory dismissal of two employees after they raised workplace concerns.

The hotel, owned by the Topaz group, received a $26 million investment from the IFC in 2013 (see Update 86) and opened in 2016. It is managed by Marriott, the largest hotel company in the world.

Union leaders and hotel employees, Amadou Diallo and Alhassane Diallo, were fired on 7 October, following the dismissal of another employee, Mohamed Saliou Sampil, on 18 August. The union leaders were fired after disagreeing with the termination of Sampil’s contract at a meeting with the hotel’s management. During the meeting, they presented a petition signed by a majority of the hotel workers in support of their colleague, according to the International Union of Food, Agricultural, Hotel, Restaurant, Catering, Tobacco and Allied Workers’ Associations (IUF), a global federation of trade unions.

It has had a big impact because I have a family. I have to pay rent and for school for my children.Amadou Diallo, hotel union General Secretary

In an interview with BWP, Alhassane Diallo said that hotel management fired him, “just to kill the union because we were fighting for our rights,” emphasising that his union colleagues still working at the hotel are now “afraid to lose their jobs.” Amadou Diallo called the firing “unexpected” and “unfair”. He added, “It has had a big impact because I have a family. I have to pay rent and for school for my children.”

In response to  low wages, unpaid overtime and an absence of health insurance, workers at the hotel organised earlier this year as part of the Fédération de l’hôtellerie, du tourisme, restaurations, catering et branches connexes (FHTRC) and won union recognition from the hotel. The IUF, to which the FHTRC is affiliated, says the firings are part of an ongoing effort by the hotel’s management to dismiss union leaders.

The alleged retaliatory firings would be a violation of IFC’s Labor and Working Conditions performance standard, which outlines provisions against union busting. IFC has a history of investing in clients in the hospitality sector that have been found to undermine workers’ rights, including collective bargaining (see Observer Winter 2018, Summer 2020).

“The IFC has chosen to allow violations of its own Performance Standards as well as ILO Conventions 87, 98 and 135,” said IUF General Secretary Sue Longley, adding, “The IUF will not tolerate such brazen violations of trade union rights, and so…have launched a campaign for the reinstatement [of the union leaders].”

Labour rights at risk during the pandemic

Violations of workers’ rights are at a seven-year high, according to the International Trade Union Confederation. In recognition of the increased risk of reprisals against workers during the pandemic, IFC issued guidance for clients on minimising risks, stating, “IFC does not tolerate any retaliatory action by our clients against those who voice their opinion regarding the activities of IFC or our clients.”

US-based Global Labor Justice-International Labor Rights Forum (GLJ-LRF) argued that the IFC’s guidance is insufficient if it is not backed up by enforcement. Responding to the Mariott-Sheraton case, Director of GLJ-LRF Jennifer Rosenbaum stated in October, “It is time for the World Bank and IFC to get serious about the role organized workers and trade unions must play.…This includes making them an integral part of dialogue with the IFC and its loan recipients and responding swiftly to remedy reprisals.”

The Marriott hotel issued a response to a request for comment from the Business and Human Rights Resource Centre (BHRRC), which claimed their actions were consistent with company policy and local law. The IFC has yet to respond to the BHRRC’s request.

IFC must implement the recommendations of its External Accountability Review

The Search Is On For A New Accountability leader at the IFC: What’s at stake and who can meet the hallenge?

We told you so!!! – Civil society calls on World Bank to stop funding the violation of environmental and human rights