Ease of doing business in India: Myths and realities

The corporate capture of agriculture 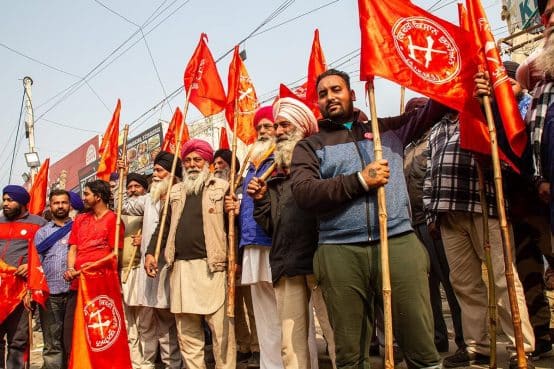 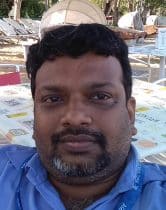 For more than 100 days, thousands of farmers in India have been in the streets protesting three new farm laws introduced in parliament. The new laws open the agriculture sector to reforms advocated by international financial institutions (IFIs), particularly the World Bank and IMF. Farmer organisations have slammed the bill for its neoliberal orientation, which will result in the destruction of existing wholesale markets and the corporatisation of agriculture. They have organised unprecedented opposition to demand a repeal of the laws.

In January 2021, farmers marched to Delhi with a rally of more than 100,000 tractors.  They continue their protest in the Delhi outskirts where a satyagraha (passive resistance) is taking place. The government claims the new laws will bring more choice to the farmers and has tried to portray a section of the protesters as anti-nationals because of their regional and religious affiliation. The UN has called on the Indian Government to exercise “maximum restraint”. The agitation has gained both national and international attention and support, including from the Indian former chief economist of the World Bank, Kaushik Basu, who has asked the government to repeal the farm laws and craft new legislation through a deliberative process. The minister for food processing industries, Harsimrat Kaur Badal, resigned in support of the farmers.

The current government has been pushing hard to undercut a welfare economy built over decades but initially opened up in the early 1990s to reforms in industry, agriculture, banking, infrastructure development and other areas. The current government first came to power in 2014 with the stated objective of moving India into the top 50 of the World Bank’s controversial Ease of Doing Business Rankings (see Observer Spring 2021; Observer Winter 2019).  While the initial reforms to move up the ranking were focused on industry, labour and environment, agriculture remained generally untouched.

The dismantling of the present structure will result in the demise of the system...which is backbone of fighting hunger and ensuring nutrition and food security in the countryMaju Varghese, Center for Financial Accountability

What are the farm laws?

The laws are: (1) The Farmers’ Produce Trade and Commerce (Promotion and Facilitation) Act, which allows a barrier-free trade of farmers’ produce outside the physical premises of the markets specified under the various state Agricultural Produce Marketing Committee laws (APMC Acts); (2) the Essential Commodities (Amendment) Act makes provisions for the removal of items such as cereals and pulses from the list of essential commodities, to attract foreign direct investment to the sector; and (3) the Farmers (Empowerment and Protection) Agreement on Price Assurance and Farm Services Act.

Farmer organisations believe that these bills will lead to the closure of wholesale regulated markets, where minimum prices are assured, forcing them to negotiate with agribusiness who would dictate prices.  The Agreement on Price Assurance and Farm Services Act, generally known as the contract farming act, allows any amount of food commodities to be stocked, while the Essential Commodities Act has excluded the food items from the list of essential commodities. This could lead to companies creating artificial shortages and raising prices, creating a heavy burden for consumers and higher profits to companies, prompting farmer organisations to call it the “Food Hoarding Act.”

The three highly controversial laws were passed by the parliament without adequate discussion or parliamentary committee scrutiny. They found support however from India’s IMF executive director Dr Surjith Bhalla and IMF communications director Gerry Rice, the latter of whom in a press conference on 14 January termed them a potentially “significant step forward for agriculture reforms in India.” This was reiterated by the IMF’s Chief Economist Gita Gopinath in January, who supported the reforms as having the potential to increase farmers’ income.

Farmers however accused the government of acting on the diktats of the IMF, World Bank and multinational companies to  favour corporates. On Women Farmers’ Day on 18 January, hundreds of female farmers marched and burned an effigy of the IMF in protest of its support of the laws.

IFIs and the historical origins of the current reforms

The reforms in Indian agriculture have their roots in previous farm bills. The World Bank in its 2008 report, India – Taking agriculture to the market, promoted the complete deregulation of the agricultural marketing system. The report called for the continuation of the reforms initiated during the 1990s when the country undertook a structural adjustment program (SAP) under the IMF and World Bank. It is no wonder that Dr Bhalla deems the current farm laws as being as important as the 1991 reforms as these latest reforms represent the reintroduction of the IFIs’ damaging policy prescriptions that have been continually pushed through the IMF’s Article IV reports.

Although the government promises not to roll back the current Minimum Support Price (MSP), the recommendations in the IMF’s 2018 Article IV report consider the MSP to be as market distortion that skews farmers’ production decisions, adds to inflation, and enlarges the fiscal burden. It is only natural to think that MSP will not last much longer as the government seems intent on eventually following the IFIs’ lead.

The impacts of the agrarian reforms are not limited to the agriculture sector, as procurement through MSP is what keeps the public distribution system going. The dismantling of the present structure will result in the demise of the system of procurement and distribution through the public distribution system (PDS), which is the backbone of fighting hunger and ensuring nutrition and food security in the country. A February article by Indian economist Dipa Sinha demonstrated that food insecurity, which has been exacerbated by the Covid-19 pandemic, remains significant in India, with 38 per cent of children under five stunted.

The massive protests are a response to a transformation, aided by the World Bank and IMF, from a democratic socialist policy to a conservative, neoliberal economy.

Ease of doing business in India: Myths and realities

The corporate capture of agriculture