Indigenous peoples call on World Bank to respect their rights 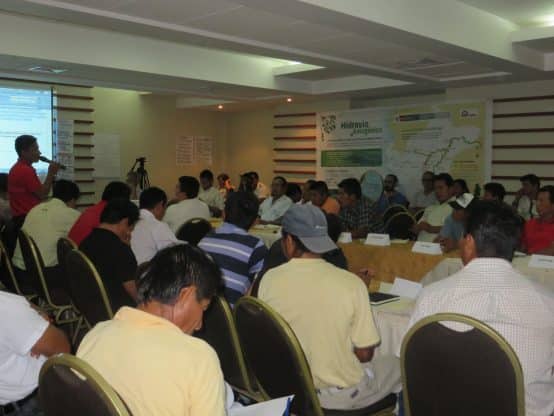 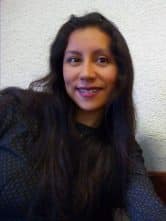 The World Bank Group (WBG) is one of the main financiers in Latin America. In 2020, the region received $12.8 billion from the Bank in response to the Covid-19 pandemic, and expects to provide up to $160 billion globally over a 15-month period – ending in June 2021 – to address the health, economic and social crisis resulting from the pandemic.

Historically, World Bank loans have contributed to correcting the region’s structural domestic savings deficit, either through direct financing of projects and programmes, or through the mobilisation of other sources of public and private financing. These programmes have not been without controversy. For example, in Brazil, according to a 2005 Forest People’s Programme report, the support provided by the World Bank to development plans in the Amazon generated land grabbing and higher death rates among Indigenous Peoples affected by diseases introduced. Now, amid a slow-growth global economic scenario, multilateral development banking will still be necessary for Latin America.

Indigenous Peoples have been among the most affected by the Bank’s loans. Due to the negative social and cultural impacts caused by extractive and infrastructure projects financed by the World Bank, greater measures are now required to reverse rights violations, by recognising indigenous rights within the Bank’s policies. The pandemic has generated more pressure and risk to the lives of Indigenous Peoples in the Amazon, with 930 indigenous people dying from the virus in Brazil.

Indigenous Peoples face situations of violence, exclusion and discrimination that threaten their human rights. The killing of Indigenous Peoples continues as a result of development projects, including those funded by the World Bank. This is the case, for example, of the two leaders of the Cacataibo people in Peru; as well as the Indigenous Reservation Awá, Piguambi Palangala in Colombia, where ten leaders were assassinated in 2021.

These situations have occurred in areas of territorial disputes, where World Bank-financed projects have also been linked to the violation of indigenous rights, especially in the face of heightened vulnerability, evidencing the structural failures of States. In Peru, in 2008, the Ashaninka leader Edwin Chota denounced the timber trafficking in the Ucayali region in the local courts, and requested personal guarantees for him and three other Saweto community leaders, as they had discovered, a series of irregularities in the role of various public officials responsible for investigating the initial complaint. After no protection was provided, in 2014 the four leaders were assassinated.

The rights of Indigenous Peoples are recognised in international instruments such as ILO Convention 169 and the UN’s Declaration on the Rights of Indigenous Peoples. The World Bank’s social and environmental policies do not have a specific policy on human rights. The Bank lacks any framework to promote Indigenous People’s rights, despite the serious situation in which Indigenous Peoples find themselves (see Observer Winter 2016). In turn, indigenous participation has been limited by the Bank generating guidelines without the voice of the people themselves. According to Professor Rodrigo Navarete of the Universidad Austral de Chile, this, together with the Bank’s participation in the development of public policies in the region, makes the “World Bank a key element in understanding the place and status that governments assign to indigenous demands, generally reducing and limiting them to problems of ethnic poverty and the targeting of social policies to make them participants in the type of development advocated by the Bank.”

Considering this context, Indigenous Peoples of the region have put forth proposals to improve their situation, including:

1) Adoption of prior consultation protocols: These are documents developed by Indigenous Peoples with experience implementing consultation protocols in countries such as Honduras, Nicaragua, Brazil and Argentina. They represent a step forward in strengthening indigenous rights in the region from the perspective of the communities. It is worth mentioning that the consultation protocols were included in the framework of the new Environmental and Social Policy of the Inter-American Development Bank (IDB) in its Performance Standard No. 7. This request was presented by the indigenous umbrella organisation Coordinator of the Amazon Basin (COICA) and its groups within the Inter-Ethnic Association of the Peruvian Jungle during the IDB’s public consultations in 2020.

2) Reinforce and support the ratification and implementation of the Escazú Agreement:  The Agreement aims to guarantee “the rights of access to environmental information, public participation in the environmental decision-making process and access to justice in environmental matters” in the region. Gregorio Miraval, president of COICA points out that the Agreement’s ratification presents  challenges such as “guaranteeing the political will to respect its content and nature against the interests of extractive companies and monoculture plantations and the relaxation of environmental regulations, among other important issues.” The policies of the World Bank must therefore guarantee compliance with the Agreement, to contribute to reversing the dangerous situation in which indigenous leaders find themselves.

3) Develop and implement guidelines for situations of risk: The Bank must generate guidelines for situations of risk and danger to the life and integrity of Indigenous Peoples to prevent the generation and intensification of illegal activities due to the projects it finances. Such measures must be developed in conjunction with communities and States.

Indigenous peoples call on World Bank to respect their rights