Development Alternatives With Women for a New Era 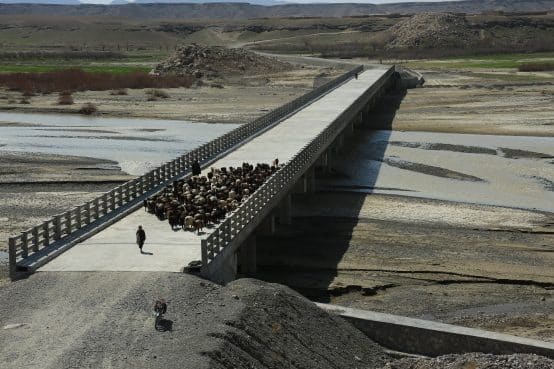 This year’s World Bank and IMF Spring Meetings take place as wealthy countries roll out their Covid-19 vaccine programmes (see Observer Spring 2021) and economic recoveries are starting to take shape. Yet, that recovery may well turn out to be “K-shaped”, varying significantly across countries depending on access to medical interventions, affordable financing, the weight of debt burdens, the availability of fiscal space and exposure to cross-country spill overs. Avoiding a looming ‘lost decade’ that would foreclose any hope on delivering the 2030 Agenda for Sustainable Development or the commitments made under the Paris Climate Agreement requires bold action that finally breaks with the failed policy prescriptions that got us here. The 2021 Spring Meetings is the place to watch which policy directions the World Bank and IMF, as well as their major shareholders, are likely to head in during the pandemic recovery phase and whether they can live up to the challenges posed by this critical moment in history.

As the first IMF and World Bank meetings in which new the US Biden administration will participate, perhaps the most anticipated discussion of these Spring Meetings is the potential agreement on a new allocation of Special Drawing Rights (SDRs), the international reserve currency maintained by the IMF (see Dispatch Annuals 2020, Spring 2020, Background Special Drawing Rights). On 23 March, IMF Managing Director Kristalina Georgieva issued a statement following an informal discussion with the IMF executive board, noting that executive directors conveyed broad support for IMF staff to formulate a proposal by June for a new SDR allocation equivalent to $650 billion to provide additional liquidity to the global economic system. Three discussions to watch during the meetings in relation to SDRs include:

1. The size of a new allocation: While Georgieva’s statement indicated that the board is supportive of a $650 billion allocation, which is the maximum that can be allocated without needing US congressional approval, many have pointed out that the world’s most vulnerable countries require a much more substantial allocation. All eyes will be on the IMF’s assessment of global reserve needs and whether any ministerial statements support a more substantial allocation (see Observer Spring 2021).

2. Reallocation proposals: Because around 60-70 per cent of a new SDR allocation would go to advanced countries and large emerging market economies, onlookers, such as the Center for Global Development, have made proposals on how wealthy countries’ SDRs could be best used at this time when developing countries’ financing needs are urgent. While this decision by donor countries will ultimately be voluntary and most likely take place unilaterally, watch out for  proposals that go beyond lending unused SDRs to the IMF’s Poverty Reduction and Growth Trust, considered the default option that would tie SDRs to conditional loan programmes.

3. Transparency and accountability: Finally, with US Treasury Secretary Janet Yellen appearing to make her support for an allocation conditional upon enhanced transparency and accountability measures in February, and the G7 accordingly following suit, concerns are being raised that US geopolitical interests may limit the ways many ways in which SDRs may be used by developing countries. This begs the question of what those measures might look like for an SDR mechanism that is provided as a fungible reserve asset without conditions attached.

While pressure grows for the World Bank to provide more grant-based support, it has set the wheels in motion for the 20th replenishment cycle of the International Development Association (IDA20), its low-income country arm, to take place, bringing negotiations forward from 2022 to this year (see Observer Spring 2021). Unusually, the mid-term review for the 19th round of IDA (IDA19), for which funds were meant to last until 2023 but have been rapidly exhausted during the pandemic, will take place amidst a backdrop of the IDA20 negotiations. Several high-level meetings will begin during the Spring Meetings to discuss replenishment funds and proposals for IDA20.

While the SDR and IDA20 negotiations may result in support to the financing needs of developing countries, much of the financing made available will continue to go straight out the backdoor to repay major private creditors like Goldman Sachs, HSBC and BlackRock, with private creditors refusing to participate in debt relief initiatives like the G20’s Common Framework for Debt Treatments Beyond the Debt Service Suspension Initiative (DSSI, see Observer Winter 2020). As civil society continues to call for a more proactive approach from the G20 and IMF to private sector involvement in the DSSI, including legislative changes in key jurisdictions such as the UK and the US, keep an eye on conversations about strengthening debt relief initiatives, eliminating IMF surcharges and building a better debt architecture.

After the news that calls for a waiver of Trade and Intellectual Property Rules (TRIPS) for Covid-19 vaccines, which would loosen up intellectual property rules around vaccine production, were again blocked by developed countries in March, the World Bank’s role in the vaccine rollout and the wider healthcare response to Covid-19 has taken centre stage. Following the Bank’s failure to publicly support the call for the TRIPS waiver, including World Bank President David Malpass was directly asked about how to overcome constraints to vaccine supply at the UK-based university, the London School for Economics and Political Science (LSE), event on 29 March, concerns have been raised that it is failing to address obstacles to equitable access to vaccines despite its financial support for vaccine initiatives (see Observer Spring 2021; Background Spring 2021).

At the same time, CSOs remain concerned that the Bank is privileging financing for the private sector in its Covid-19 response and recovery by ramping up its much-criticised cascade approach (see Dispatch Annuals 2020), including by promoting private sector participation in health services (see Background Spring 2021). In particular, CSOs will be following discussions around the Bank’s promotion of public-private partnerships in social services, after over 90 CSOs, including Sierra Leone-based Health Accountability Consortium and Fiji-based feminist research organisation Development Alternatives With Women for New Era (DAWN) sent an open letter to the World Bank, calling on the institution to take a “public health-first approach to health financing,” and to, “stop promoting PPPs as a strategy for healthcare delivery and financing, as long as there is no independent, detailed and locally validated body of evidence that shows a lasting positive impact on fiscal space for health, efficiency, and equitable access,” on 24 March.

After civil society organisations such as Oxfam International, Eurodad and ActionAid International raised the alarm in October about the austerity prescriptions that the IMF is endorsing in its Covid-19 recovery support (see Observer Autumn 2020), all eyes will be on the IMF’s Spring Fiscal Monitor that will reportedly focus on inequality issues. Whether the IMF will stick to pointing out how the pandemic has increased inequalities, or instead acknowledge the role of the Fund’s own policy prescriptions in exacerbating these inequalities, remains to be seen. In March, a broad-based group of civil society organisations that encompasses women’s rights, inequality, labour & climate constituencies put forward a new framework for IMF engagement on macrostructural issues. The framework offers a way for the IMF to grapple with the harmful impacts of its policy advice on economic and gender inequality and climate change, and be better aligned with international frameworks. As the recovery takes hold amidst an unprecedented strain on the fiscal environment of many countries, it is more urgent than ever that the Fund develop its ability to understand the exact trade-offs of its policy prescriptions and markedly shift away from its most harmful policy advice.

Despite World Bank president David Malpass’ comments that the Bank is increasing climate finance at the LSE event on 29 March, the Bank stands accused of drastically over-reporting its climate adaptation finance in a report published by CARE Denmark and CARE Netherlands in January (see Observer Spring 2021). This shows that new and larger climate finance commitments by the World Bank need to be backed by project-level disclosure of how climate finance is attributed, so that the public can have confidence in the quality of these flows.

The World Bank’s Climate Change Action Plan (CCAP) is being discussed by the executive board on 1 April. Ahead of this meeting, 150 civil society organisations and individuals wrote an open letter in March to World Bank President David Malpass and WBG leadership, calling for the Bank to adopt a whole-of-institution commitment to end all types of support for fossil fuels, and support member countries’ just transition efforts. The letter stated, “The reality is that the World Bank is now lagging behind when it comes to supporting efforts to rapidly reduce greenhouse gas emissions, as other actors have made progress on this agenda in recent years.” It argued that as part of this new strategy the Bank, “should increase the financial and other resources it devotes to renewable energy, distributed energy access, creation of new household electricity connections, and support for a ‘just transition’ for workers, communities, and national utilities.” CSOs are calling for the opportunity to formally comment on the CCAP, via a public consultation.

While the Bank continues (Doing) Business as usual…

The over 300 signatories to an open letter sent to the World Bank executives directors, chief economist and president on 11 March calling on the Bank to scrap its long-criticised Doing Business Report (see Observer Spring 2021) will no doubt be disappointed by the lack of response to the concerns raised and the publication of the newest report planned for the near future. Those involved in the #rightsnotrakings campaign, will be closely watching the progress of the external panel review of the report’s methodology – as the panel’s Terms of Reference and questionnaire for inputs lacked any external consultation. While the Bank has agreed to extend the unrealistic deadline it initially proposed for input into the review from 31 March deadline to 16 April, it has been silent on a demand for a consultation with the external panel to discuss and shape its findings.

Development Alternatives With Women for a New Era