World Bank and IMF must spearhead a green and inclusive recovery 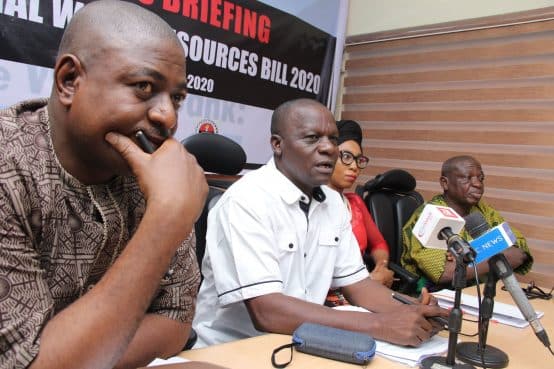 In September, Nigeria’s legislature withdrew a controversial National Water Resource Bill long supported by the World Bank. The bill reignited a civil society and labour union campaign for water access rights over its provisions for public-private partnerships (PPPs) in both the delivery of water services and the development and management of water resources infrastructure.

The bill was first introduced by the Nigerian government in 2017 before being struck out for the first time by the Senate over concerns that it commercialised access to water. The government attempted to pass it again last year, but the bill was withdrawn over allegations that it breached the House of Representatives’ rules. Civil society organisations (CSOs) lambasted the bill for supporting PPPs and proposing provisions that may require users to obtain licenses for water.

As early as 2014, a $495 million World Bank-funded irrigation project called for “movement toward a National Water Resources Bill” as a “demonstration of borrower commitment.” The Bank’s June 2019 Systematic Country Diagnostic for Nigeria also pushed for the bill to be given greater priority.

The bill has the fingerprints of the World Bank all over it. It wants to ensure that national legislation opens the door for public-private partnerships.Philip Jakpor, Corporate Accountability and Public Participation Africa

Civil society and women’s groups protect the right to water

Although the bill has been rejected, CSOs and trade unions remain concerned that the government could seek to reintroduce it.

In a September letter to Nigerian President Muhammadu Buhari, Benjamin Anthony of Nigeria-based union Amalgamated Union of Public Corporations Civil Service Technical and Recreational Services Employees (AUPCTRE) and Akinbode Oluwafemi of Nigeria-based Corporate Accountability and Public Participation Africa (CAPPA), said of the bill: “We are particularly worried about the privatization agenda being imposed on Nigerians with accompanying draconian provisions.”

Philip Jakpor with CAPPA subsequently noted, “The bill has the fingerprints of the World Bank all over it. It wants to ensure that national legislation opens the door for public-private partnerships.”

He went on, “The most insulting part of the whole process is that there is no room for citizens to be part of the process, from its formulation to debate. It was shrouded in secrecy. It’s unacceptable in a democracy. We all need water.”

CAPPA and AUPCTRE, alongside Public Services International, called for a “community-based process” for developing new measures in a September submission to the government.

Nigerian CSOs also expressed concerns that the proposed bill would negatively impact women in particular. Veronica Nwanya, coordinator of the Nigeria-based African Women Water Sanitation and Hygiene network (AWWASHNet) said, “Women bear the burden of providing water for family use…the implications of every clause of the bill on women and the society at large cannot be over emphasised.”

The World Bank: the kingpin of water privatisation

The World Bank has been a leading architect of water privatisation in Nigeria, most notably in Lagos, where civil society and local communities successfully mobilised against the previous privatisation attempts through the ‘Our Water, Our Right’ campaign launched in 2014  (see Observer Summer 2015, Observer Spring 2019).

Yet, concerns over the privatisation and financialisation of basic services like water have deepened in light of the Covid-19 pandemic. In an October article in UK newspaper The Guardian, current and former UN special rapporteurs and independent experts noted, “The Covid-19 pandemic has exposed the catastrophic fallout of decades of global privatisation and market competition” (see Observer Winter 2020).

CSOs remain concerned that the Bank is promoting the de-risking of private finance (see Background October 2020), rather than leading a people-centred Covid-19 recovery.

World Bank and IMF must spearhead a green and inclusive recovery