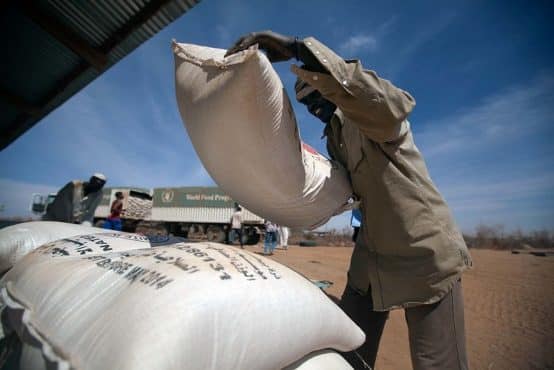 Unsurprisingly, the Development Committee began its communiqué by noting the uncertain nature of the recovery, which, as underscored by the IMF’s latest World Economic Outlook (WEO) report, is on an uneven path globally and within countries. Recovery in countries in the Global North, which have had the fiscal space to provide significant fiscal stimulus to their populations and businesses and enjoyed far greater vaccine access, look set for strong growth in 2021 – with the US economy projected to grow by 6.4 per cent in 2021 and 3.8 per cent the following year on the back of the new administration’s $1.9 trillion stimulus package (see Dispatch Spring 2021). Unfortunately low and middle-income countries face a much more uncertain future.

The communiqué hit an uncontroversial note by stressing that, “timely delivery of safe and effective vaccines across all countries is critical to ending the pandemic.” Indeed, in addition to countless lives saved, the IMF’s own projections indicate that, “faster progress on ending the health crisis will raise global income cumulatively by $9 trillion over 2020–25, with benefits for all countries, including around $4 trillion for advanced economies.” While the communiqué’s initial statement would find few critics, its failure to join the World Health Organization and UNAIDS, among others, in support of the over 100 developing countries that have called for a temporary waiver of intellectual property rights on vaccines to allow urgently needed expanded production in the Global South was glaring (see Dispatch Spring 2021, Observer Spring 2021). While not sufficient, the waiver remains essential to ensure expanded vaccination.

Instead of strongly supporting the TRIPs waiver, the Development Committee instead welcomed the World Bank’s partnership with the private sector and called on the “IFC to redouble its efforts to support manufacturing capacity for vaccines and pandemic related medical supplies in developing countries.” Its long-standing confidence in private sector-led solutions to complex problems shows no sign of waning. On a more promising note, the communiqué encouraged “strong monitoring and accountability mechanisms to ensure fair and efficient [vaccine] distribution.” Further, the committee welcomed the Bank’s “ongoing revision of the eligibility criteria for vaccine procurement”, which should enable it to support the procurement of a wider range of vaccines, such as the Chinese Sinovac, lessening to some extent the part it plays in the evolving geopolitics of vaccination.

The G20 should urgently introduce legislation in key jurisdictions, including the UK, to ensure private sector participation in the Common Framework.Tess Woolfenden, Jubilee Debt Campaign

Of debt and a still insufficient DSSI

The Development Committee began by addressing the issue of the looming debt crisis from a quite optimistic perspective, noting that “the rapid initial response under the Debt Service Suspension Initiative (DSSI) has provided much-needed liquidity for IDA countries” and welcoming, “the progress achieved by the DSSI in facilitating higher pandemic-related spending” before supporting the final extension of the initiative to December 2021 (see Dispatch Spring 2021). It likewise welcomed “the ongoing efforts to implement the Common Framework for Debt Treatments beyond the DSSI to address debt vulnerabilities on a case-by case basis.” The Committee’s sanguine views of the DSSI and Common Framework’s positive impact are not shared by many in civil society, UNCTAD and academics (see Dispatch Spring 2021, Observer Winter 2020).

Apparently hoping to win over private creditors by the sheer repetitiveness of its gentle pleas, the Development Committee reiterated its calls for “the private sector, when requested by eligible countries, to take part in the DSSI on comparable terms.” As noted by many including African network AFRODAD, the unwillingness of private creditors to participate in the DSSI, let alone consider debt cancellation, is a very significant obstacle. AFRODAD noted that, given that private creditors hold 27 per cent of Africa’s external debt, their lack of participation means that, “money freed-up under the DSSI may effectively be used to repay private and multi-lateral debts and not to fund the response to the COVID-19 crisis.” Reacting to the G20’s announcement of the extension, the Jubilee Debt Campaign underlined that, as polite requests have obviously failed, “the G20 should urgently introduce legislation in key jurisdictions, including the UK, to ensure private sector participation in the Common Framework.”

However, the prospects for a private creditor moral epiphany were dimmed by a 9 April letter to the G20 by the Institute of International Finance, a trade body representing some of the world’s most powerful private financial institutions. The letter noted that private creditors will remain largely unaffected by debt relief discussions given the lack of “an appropriate forum for creditor coordination” (see Dispatch Spring 2021). The communiqué also reiterated its October 2020 focus on debt transparency, in a thinly veiled reference to China. On a more positive note, albeit one that lacked details, the Development Committee urged the World Bank and IMF to “identify lessons learned and continue working closely with other organizations and policymakers to address the debt challenges facing middle-income countries.” However, the hopeful remarks were caveated by the caution that this should be done “on a case-by-case basis”.

There were several references of concern in the communiqué for those following debt issues closely. The committee noted that, “the need for debt treatment, and the restructuring envelope that is required, will be based on an IMF/Bank Debt Sustainability Analysis and the participating official creditors’ collective assessment.” As noted by civil society and academics, the IMF’s debt sustainability assessments lack transparency, tend to be overly optimistic and fail to take into account countries’ international human rights obligations (see Observer Spring 2021, Autumn 2020). Also worrying was the document’s call for “the Bank and the IMF to help countries design and implement policies to address the root causes of excessive and unsustainable debt.” As highlighted by an October 2020 Oxfam report that revealed that the IMF had promoted fiscal consolidation in 84 per cent of the loans, across 67 countries since March 2020, it seems likely that despite much rhetoric about the need for an just and green recovery, the ‘root causes’ of unsustainable debt are likely to have well-know ‘solutions’. The same applies to the World Bank’s “green, resilient, and inclusive development (GRID)” approach, which continues to pursue its private sector-led development solutions (see Observer Spring 2020), with the committee lauding the IFC 3.0 strategy and urging the Bank to “continue its work to help crowd-in private capital and finance, and to support the private sector.”

The communiqué also welcomed the frontloading of the use of the International Development Association’s, the Bank’s low-income lending arm, ongoing 19th replenishment and the bringing forward by one year of its 20th resourcing round in 2021 (see Observer Spring 2021).

The communiqué also focused on the evolving food insecurity crisis, with the head of the UN’s World Food Programme warning in March that “we are once again sliding toward the brink of the abyss”, noting that 272 million people face acute hunger today. It urged the Bank “to scale up its work to address rising levels of food insecurity and to support countries in achieving SDG2 and nutrition for all…in a programmatic way and in partnership with other multilaterals, while supporting countries in responding rapidly to already deteriorating food security conditions.” However, the communiqué was silent on the need for the Bank to revisit its approach and reconsider its support for the financialisation and corporatisation of agriculture, which ultimately exacerbates food insecurity (see Observer Spring 2020). Developments at the Spring Meetings didn’t inspire much confidence of a change in direction with the participation of Agnes Kalibata, president of the Alliance for a Green Revolution in Africa (AGRA), as a speaker in a World Bank ‘Green Recovery’ event at the Meetings. In March 2020 over 550 civil society organisations sent an open letter to the UN Secretary General protesting her appointment as Special Envoy to the United Nations Food Systems Summit, noting AGRA’s linkages with corporate agriculture.

The communiqué’s focus on social cohesion and stability and the dynamics in Fragile, Conflict and Violence-affected (FCV) states is notable and apt. As the December report by risk consultancy firm Verisk Maplecroft warns, “as the socioeconomic fallout from COVID-19 mounts, we expect the ranks of global protesters to swell over the next two years and unrest to sweep across developed, emerging, and frontier markets alike”, with 75 countries “likely [to] experience an increase in protests by late 2022.” While the document’s focus on the implementation of the Bank’s new FCV strategy is welcome, it is concerning that the statements about the FCV and food security issues are followed by references to the Bank’s GRID approach, without acknowledging the tensions that the increased financialisation of development and reliance on private sector-led growth may have on delicate conflict dynamics and the stability of the social contract.

As was the case with the Spring Meetings generally, climate change received significant attention from the Development Committee, noting that it looks forward to the Bank’s Climate Change Action Plan for 2021-2025.

The communiqué commended the World Bank’s progress in scaling up its climate finance over the past two years and its “new target to direct 35% of its financing to climate on average, [and] its commitment for at least 50% of Bank climate financing to support adaptation and resilience.” While these developments received a great deal of attention during the Spring Meetings, civil society was less enthusiastic, as was apparently COP26 President Alok Sharma of the UK, who, in an official World Bank event urged  the World Bank “to go further, and step up support for countries to transition away from fossil fuels, and create a clear plan to phase out the Bank’s support to them” (see Dispatch 2021).

The document requested the Bank to “ramp up its comprehensive work on biodiversity and work on measuring co-benefits and mainstreaming biodiversity in its operations” and welcomed the Bank and Fund’s “work to assess the impact of climate change on macroeconomic and financial stability.” With regard to the latter, the IMF has noted that its climate work remains in its infancy. A briefing published by Boston University’s GDP Centre in March seemed to confirm this as it showed transition risks had only been mentioned in three IMF Article IV reports to date.