Strikers in Colombia in protest at IMF and debt 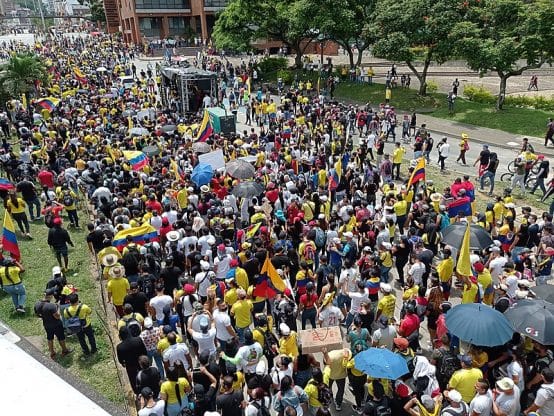 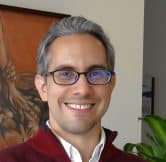 Colombia, according to the World Bank, is one of the five most unequal countries globally. This is partly the result of its regressive tax structure, which, after 15 reforms in the past 30 years, has evolved to increase the prevalence of indirect taxes such as the regressive value-added tax (VAT) and reduce direct taxes, such as those on businesses. Each reform has introduced new carve-outs which total more than 230 different tax exemptions, accounting for an annual fiscal loss of approximately $4.5 billion.

The country has entered into an austerity trap, following the demands made by the IMF over multiple structural adjustment programmes in exchange for loans to resolve its balance of payment problems. The latest loan installment of $5.4 billion took place in December 2020, and was followed in February 2021 by recommendations from the IMF to further increase VAT and broaden the base on personal income tax.

In April, the government of President Iván Duque presented the IMF tax recommendation, which aimed to collect some $7.5 billion in additional revenue per annum, to Congress. This revenue would be collected principally from the middle class, which has already been heavily hit by recent low economic growth, compounded by the pandemic. According to the government, the purpose of the tax reform is to finance social programmes for the poorest in Colombia. But a closer look at the reform reveals that 58 per cent of the new resources will be dedicated to paying off Colombia’s national debt.

The country has entered into an austerity trap, following the demands made by the IMF over multiple structural adjustment programmes in exchange for loans to resolve its balance of payment problems

In response to the proposed tax reform, a national strike was called on 28 April by trade unions and social organisations. The strike has been ongoing for over sixty days, with large protests across the country’s major cities. It has led to the withdrawal of the tax reform bill, the resignation of various ministers, and allegations of human rights abuses by the state.

The origins of the discontent

The debt crisis in Latin America in the 1980s led to a wave of interventions from the IMF, which granted loans in exchange for fiscal austerity measures (see Observer Summer 2019). The relative macroeconomic stability and control of inflation has had a high social cost, including increased inequality (see Observer Summer 2021), leading to massive social protests across Colombia since 2019. Whilst the loans flowed and the fiscal adjustments advanced, the Colombian state did not take the political decision to correct the systematic deficits of the current account – deficits caused by unbalanced globalisation supported by IMF policies.

Colombia exports raw materials and natural resources and imports processed goods. Unsurprisingly, the country does not earn sufficient dollars on these exports to pay for its imports and, on top of that, with the ambition of attracting foreign investment, Colombia has eroded its tax base. As such, what has taken priority is the growing informality of business and labour, which impedes the population from obtaining sufficient income for a better quality of life.

A failed model for recovery

The pandemic worsened the situation and Duque’s government was unable to inject into the economy resources to allow for a better health response and income support during the national lockdown. On the contrary, the state returned to the classic and failed approach of loans in exchange for austerity: The Minister of Finance José Manuel Restrepo has revealed that he expects a reduction in state spending of 7 per cent of GDP from 2021 to 2026.

How could one expect an economic recovery without the force of sufficient public spending to kick-start the machinery of the economy? The response is simple: There will not be reactivation because there has not been a single reform of the productive apparatus or of business policy. The highest aspiration can only be a return to the unacceptable status quo of 2019.

If there is no change in the productive structure, with an economy able to produce goods and services with medium- and high-technological transformation, as opposed to the extraction of natural resources, it will be impossible to correct Colombia’s fundamental economic problems.

The market, despite its supposed ability to efficiently channel investment, was unable to direct the necessary resources towards the health, education, scientific research, infrastructure, and access to credit needs of the economy, which in reality required a large level of state intervention. The solution for Colombia is to access resources with low interest rates or finance without debt, such as the IMF’s Special Drawing Rights (SDRs) (see Observer Spring 2021). This would allow it to invest in vital sectors such as agriculture and manufacturing that are able to generate profits and employment that reduce the country’s commercial deficit.

The country can also consider the restructuring of its debt or utilising its foreign reserves to support government expenditure. In this way, it would not be necessary in the future to take up the non-concessional IMF loans or their policy recommendations. It would also be possible to strengthen Colombia’s revenue structure by stopping capital flight to global financial centres. Only a fiscal, business, and productivity reform of this magnitude will lead to the return of social stability in the country and enable it to pursue a just recovery from the pandemic.

Strikers in Colombia in protest at IMF and debt