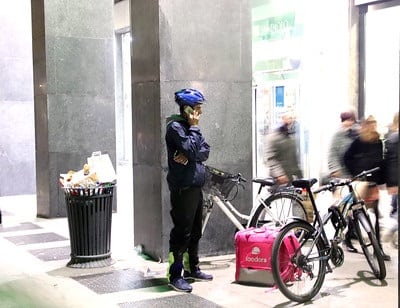 The International Finance Corporation (IFC), the World Bank’s private sector arm, has invested in several transport platform companies in recent years that have been criticised by labour rights advocates for their workers’ rights records.

Most recently, in March, IFC invested €20 million in Bolt, an Estonian transport platform, for it to expand services in emerging markets, including South Africa, Nigeria, and Ukraine. The service, which has been compared with Uber, enables users to hire taxis via an app.

Bolt faced legal action in the UK in March 2020 over claims that it failed to pay the minimum wage to its drivers. Earlier this year, the Independent Workers’ Union of Great Britain held protests over drivers’ safety following the murder of Bolt driver Gabriel Bringye. Research published by Oxford University in March found that Bolt, alongside Amazon, maintained the worst working conditions for gig economy workers in the UK.

"Global development institutions like the IFC must carefully vet their investments to ensure vulnerable workers are not being exploited and trapped in poverty.”Stephen Cotton, General Secretary of the International Transport Workers’ Federation

In April, Bolt drivers in Lagos, Nigeria, under an umbrella body of drivers, the Professional E-hailing Drivers and Private Owners Association, went on strike to protest poor working conditions and pay. They called on Bolt, alongside other transport platforms, to raise fares in line with inflation, and provide an adequate welfare package and compensation for the families of drivers killed and kidnapped on the job. Last month, Bolt was forced to increase its fares in Kenya after drivers in Nairobi threatened to strike over high fuel prices.

General Secretary Stephen Cotton from the UK-based International Transport Workers’ Federation said, “We have serious concerns with the rise of investments in ‘gig economy’ companies. Global development institutions like the IFC must carefully vet their investments to ensure vulnerable workers are not being exploited and trapped in poverty.”

Driving a race to the bottom

Though IFC has recognised gig economy workers as being particularly vulnerable during the Covid-19 pandemic, its investment in Bolt follows a growing trend of the IFC financing platform companies in the transport and logistics sectors. Last June, delivery workers in Brazil organised a strike over low pay and poor working conditions against Loggi, a motorcycle courier platform, which received a $5 million IFC investment in 2016. Over the last three years, IFC has also invested in FCS Moove, Uber’s fleet manager in Sub-Saharan Africa, in India-based food logistics platform Shadowfax, and in Kobo360, a truck delivery platform based in Lagos.

IFC has touted ride-hailing platforms as an opportunity for women’s economic empowerment, citing the additional barriers that women face in accessing the formal economy. Prominent feminist economists have argued that the reverse is true: that the gig economy promotes deregulation of the labour market, which places women in more precarious positions and increases poverty. In a 2016 paper, researchers Radhika Balakrishnan, Lisa McGowan and Cassandra Waters wrote that the gig economy, “automatically assigns women a higher burden of unpaid care work, and assumes that the preferential way to address this issue is flexible schedules, not better pay, better access to child care and other support services, or rethinking social stereotypes.”

Sally Roever from UK-based civil society organisation Women in Informal Employment: Globalizing and Organizing said, “We are concerned that the focus on the gig economy risks skewing the analysis of the informal economy. The rise of working through platforms in some sectors and some countries should not obscure the fact that the majority of the world’s jobs are neither formal, nor part of the gig economy. Effective policies for poverty reduction must address the reality of two billion of the world’s workers whose livelihoods are marginal and unprotected because they work in the low-tech informal economy.”

The World Bank has a long history of promoting labour flexibilisation, not least through its controversial Doing Business Report and the 2019 World Development Report (see Observer Winter 2019, Winter 2018). In a 2019 White Paper on Social Protection, the Bank maintained that governments should increase labour flexibilisation by limiting minimum wage increases and making it easier for employers to hire and fire workers.