Who cares for the future: finance gender responsive public services!

Will IMF stick its head in the sand on human rights Guiding Principles? 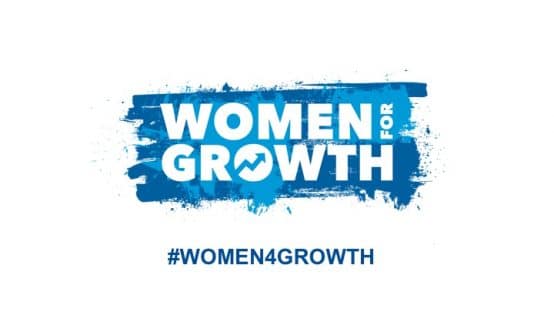 Women for Growth, the slogan of the IMF's gender work, encapsulating its instrumental approach to women's work. Credit: IMF.

In March, the IMF published a summary of some of its most recent gender impact assessment work, which was part of a wider IMF bilateral UK-financed research project. The summary paper signalled a potential shift in the IMF’s attention away from the macroeconomic drivers of gender inequality and towards further instrumentalising women for economic growth. As the IMF’s new senior gender advisor, Ratna Sahay, who was appointed to the newly created position in April, takes up her post, women’s rights organisations will be watching to see whether the IMF will confront head-on the ways in which its core policy advice continues to undermine women’s rights.

The paper described a number of IMF country studies conducted between 2018 and 2020 as part of its surveillance work that aimed to measure the economic gains of closing certain gender gaps. In Sierra Leone, for instance, the IMF found that closing gender gaps in education could “boost GDP by an impressive…40 percent.” In Senegal, the IMF ran a simulation in which the enforcement of anti-discrimination policies increased GDP by 5 per cent.  Similar exercises were conducted in Iran, Lao PDR. and Nigeria. This research focus has also been replicated at the World Bank, which produced a 2019 study of Niger outlining the “economic costs” of gender inequality, including consideration of women’s fertility rates, which, if reduced, the Bank found, would have “budget savings”. In concluding from this research that these gender gaps should – somehow – be closed, the IMF and World Bank ignore the structural macroeconomic barriers to achieving gender equality, which include their own continued adherence to fiscally restrictive policy advice and loan conditions in the Global South.

While the IMF’s gender work has, since its inception in 2013, consistently focused on making the economic case for gender equality, these latest studies come after the IMF opened the door to examining the harmful gendered impacts of its own macroeconomic policy advice in 2018, when it published guidance for staff on operationalising gender issues at country-level. That guidance recognised what has long been established by the women’s rights movement, that “some macroeconomic policies recommended by IMF staff,” such as budget cuts on subsidies, social programmes and the public sector wage bill, “could exacerbate gender inequality.” The note went on to direct staff to consider an alternative policy mix in these instances, laying out a potential path for IMF staff to move away from some of the most harmful policy advice to women’s rights.

To help staff determine which policies might exacerbate gender inequality, the IMF developed a modelling framework to analyse impacts of macroeconomic reforms on gender inequality. The first iteration of this modelling work was conducted in Argentina in 2017, where the IMF examined the impacts of a tax cut on female labour force participation and the gender pay gap. While the IMF’s approach remained unsystematic and narrow, the understanding that conventional IMF macroeconomic policy advice can impact men and women differently, and that this difference should be measured and taken into account by macroeconomic policymakers, was a welcome development (see BWP, The IMF and Gender Equality: Operationalising Change). This work was cited in the 2018 IMF gender note as an example of how to consider differential gendered impacts of a conventional macroeconomic policy reform.

The subsequent regression of the Fund’s gender impact assessment work away from examining the implications of the IMF’s conventional macroeconomic policy advice towards closing gender gaps is therefore concerning. It negates the ability of this impact assessment work to reveal how the bulk of proposed IMF policy reforms could exacerbate gender inequality and thereby fails to offer an evidence-based avenue for IMF staff to move away from some of its most harmful policy advice. Even when the IMF did consider the gendered implications of fiscal policy in a 2020 staff discussion note, it chose to focus on fiscal interventions that are regarded as “promoting” gender equality, failing to acknowledge a central feminist critique that the bulk of the IMF’s conventional policy advice undermines gender equality and women’s rights, particularly in the Global South (see BWP, Positioning women’s rights and gender equality in the macroeconomic policy environment).

This approach is tone deaf to the long-standing work of many women’s rights organisations and feminist economists. In a 2019 letter to IMF Managing Director Kristalina Georgieva, 67 civil society organisations outlined that the impact of the IMF on gender equality lies first and foremost in its historic and continued adherence to “fiscal consolidation, regressive taxation and labour flexibilisation, [which] have exacerbated the feminisation of poverty [and pushed] women into informal, low-waged work, increased their unpaid care burdens, and negatively impacted on their access to education, health and social protection…particularly in the Global South.” These groups have consistently called for gender impact assessments of macroeconomic reforms to be systematically conducted across the IMF’s work, in alignment with the UN Guiding Principles on human rights impact assessments of economic reform programmes adopted by the UN Human Rights Council in 2019 (see Observer Spring 2019).

Human costs of fiscal consolidation higher than ever

Focusing on the human costs of fiscal consolidation is particularly urgent in the context of the extremely constrained fiscal environment of the Covid-19 recovery in the Global South. The IMF’s member countries require robust analysis and all the policy options on the table to carefully weigh what the IMF has described as “difficult trade-offs”. In this context, the IMF must prioritise understanding the implications of its continued restrictive fiscal policy advice, which is projected to be implemented in 154 countries this year, affecting 6.6 billion people by next year, according to the latest global austerity report by Ortiz and Cummins (see Observer Autumn 2020).

While the IMF could, in theory, commit to examining both the gendered impacts of macroeconomic policy reforms and the economic impacts of enhancing gender equality, in practice, its resources to carry out dedicated gender impact assessment work is extremely limited. While the IMF put forward a medium-term budget in May that proposes the first increase in the IMF’s operational budget in a decade, it fails to make provisions for scaled up, systematic gender impact assessments across its operations, as was also reflected in the lack of emphasis on assessing gender impacts in May’s Comprehensive Surveillance Review (CSR, see Observer Summer 2021). In this context, it is imperative that the IMF directs its limited gender resources to where they are needed most, and, as the Fund prepares the staff guidance note on implementing the CSR, prioritises providing unambiguous, detailed guidance to its staff on exactly how to identify and address adverse gendered impacts of IMF-backed macroeconomic policy reforms in practice.

Who cares for the future: finance gender responsive public services!

Will IMF stick its head in the sand on human rights Guiding Principles?