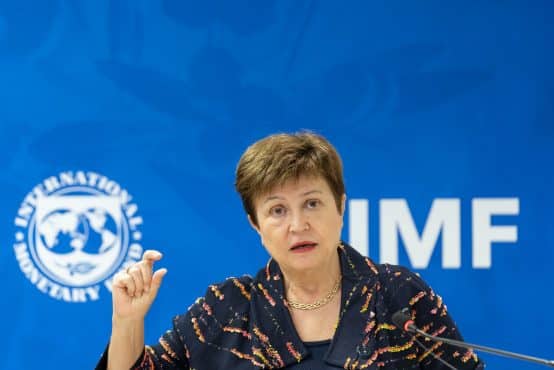 UK civil society organisations, including the Bretton Woods Project, outline what the British Government must do to seize the opportunity presented by August's historic IMF SDRs allocation

On Monday 23 August, the International Monetary Fund (IMF) finalised the allocation of $650 billion worth of Special Drawing Rights (SDRs) – an international reserve asset – to its member states. It is the largest SDR allocation that the IMF has ever dispensed and represents an historic opportunity to help low- and middle-income countries respond to the Covid-19 crisis.

SDRs are allocated based roughly on the size of a country’s economy, meaning that high income countries have received almost $400 billion of the SDRs allocated, with low-income countries receiving just $21 billion and middle-income countries $230 billion. As the G7 recognises, in order to magnify the impact of this allocation, advanced economies need to channel portions of their SDRs to countries with more pressing needs.

The UK, as one of the IMF’s largest members, has received roughly $27.5 billion (£20 billion) worth of SDRs, more than all low-income countries combined. The SDRs, of tiny relative value to the UK, if channelled under appropriate circumstances to economically vulnerable countries would have a marked impact on the direction of the global recovery.

The UK has indicated, along with the broader G7, its intention to channel some of its SDRs to countries in need. But the important issues up for debate now are how many SDRs the UK will re-channel, when it will dispense the SDRs, and, most crucially, through what mechanisms it will channel SDRs.

On all three counts there is serious concern that the UK is heading in the wrong direction. The likely course of action – on-lending the SDRs back to certain trusts within the IMF, the World Bank, and other multilateral development banks, to in turn loan to low-income countries – risks burdening countries with increased debt, harmful and time-consuming conditionality, and a limiting of developmental space.

Rather than thinking about what re-channelling paths would offer the most benefit to those in need, the UK appears to be thinking about what is technically easiest and most beneficial to its own interests. Consequently, instead of bolstering the global recovery, the UK’s likely course of action could prove counterproductive.

Over the coming months, decisions will be made by the UK, the G7, and other countries on how to re-channel their SDRs. The moment represents an extraordinary opportunity for the UK to show leadership – whilst incurring minimal cost to the UK taxpayer – and more importantly to maximise the enormous potential of the SDR allocation to counter the global health and economic crises that risk pushing 150 million people into extreme poverty.

The below signatory organisations call on the UK Government to ensure that:

The above principles are politically and technically feasible. It is a question of will. We call on the UK to take this unique opportunity for what is likely the largest financial contribution to global development, relative to the cost to the country, that the UK has ever been able to make.