SDRs have landed in IMF member countries’ accounts. Now what? 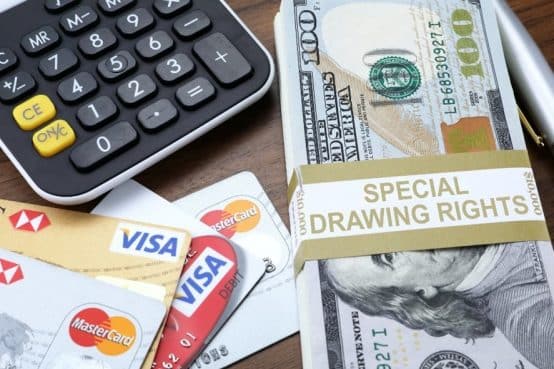 Much attention following the IMF’s historic allocation of $650 billion worth of Special Drawing Rights (SDRs), an IMF international reserve asset, in August has focused on how rich countries can best channel part of their new SDR allocations to low- and middle-income countries (L/MICs) (see Observer Autumn 2021). But of more immediate importance in determining the ability of countries to respond to their health and economic crises is how LICs and MICs will use their own designated SDR allocations.

Throughout the pandemic, civil society organisations (CSOs) have pushed the IMF to allocate SDRs to support developing countries. In February 2021, more than 200 CSOs called on the G20 and IMF to approve an allocation that “would free up funds urgently needed for the pandemic response, including gender-responsive public health systems, universal social protection and comprehensive vaccine rollouts.” The idea, in short, was that a SDR allocation was needed to respond to the economic crisis exacerbated by the pandemic, whilst helping to avoid a new wave of austerity promoted by the IMF.

While concerns over equity in the distribution of SDRs amongst countries remain, the sums reaching LICs ($21 billion) and MICs ($230 billion) are nevertheless significant. The amount of SDRs that Uganda received exceeds its annual health budget, for example, and it is estimated that Senegal’s allocation is 300 per cent of the country’s previous foreign reserve levels.

These funds are at the disposal of governments right now and could be used to counter the austerity foreseen across developing countries (see Observer Autumn 2021). As Oxfam argued in August, “the decision on how to use SDRs can be critical: they could remain in central bank reserves and help maintain the austerity status quo; or they could be used to reduce inequalities and as a tool to set the path for alternative policy choices, steering away from austerity.”

The role the IMF must play

The ‘save vs spend’ SDRs debate has rumbled on over recent months. As South American CSO coalition Latindadd noted in an August publication, “conventional voices have argued that SDRs are only reserve assets and should only be used (exchanged) exceptionally for balance of payments purposes, exclusively by central banks”, whilst others argue that they should be used as fiscal resources.

The decision is politically complex, partially owing to often competing views of central banks and treasuries, exacerbated by the IMF-backed rise of central bank independence (see Observer Summer 2021). In Mexico, for example, the central bank has stated that it will only give the government access to SDRs at market prices and further rejected the government’s claim that SDRs could be used to pay off debt.

To its credit, in its guidance note on the SDR allocation, the IMF was relatively positive on the possibility of fiscal uses of the allocation, writing that the allocation will “provide scope for spending on members’ crisis response, helping to protect the most vulnerable,” and suggesting that spending now can boost debt sustainability.

But the IMF must go further to ensure that countries are given the necessary support to use SDRs positively, say experts. As Ecuadorian economist Andrés Arauz argues, “Developing countries (and their central bankers) need IMF reassurance – not calculated ambiguity – that governments can use SDRs as budget support. The IMF should not stop at ‘it’s a matter of domestic law’; its recent guidance needs a step-by-step update to include all of the legally viable and accounting pathways to expeditiously use the SDRs as budget support for strategic priorities and essential needs. The top-of-the-pyramid decision by governments to issue the SDRs will not be felt on the ground by people, if the “last mile” of the SDR allocation is not resolved.”

SDRs have landed in IMF member countries’ accounts. Now what?