Opinion: The case for public reforms to the World Bank’s Inspection Panel 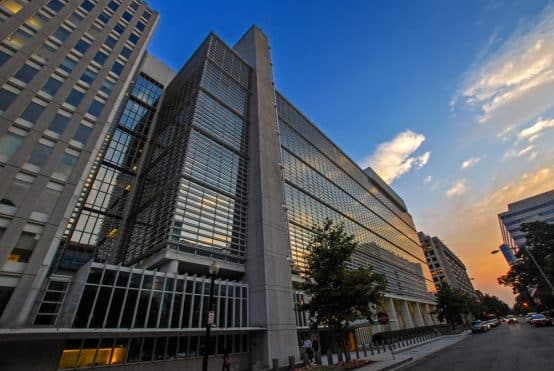 In September 2020, World Bank executive directors approved significant changes to the institution’s accountability system. This included the establishment of a new Accountability Mechanism (AM), which will house the existing Inspection Panel (IP), and a newly created Dispute Resolution Service (DRS; see Observer Spring 2020). While civil society has welcomed the creation of a dispute resolution mechanism, it has voiced concerns that the AM’s structure may undermine the IP’s independence, and lamented the lack of a mechanism for provision of remedy to affected communities.

The creation of the AM was accompanied by a resolution outlining its terms of reference. The resolution reaffirms, “the importance of the [Inspection] Panel’s function, its independence and integrity.” The DRS and IP will be “organizationally separate”, with the AM responsible for oversight of the IP’s administration. The IP will continue to determine the eligibility of all complaints. The mechanism became operational on 3 May with the appointment of Ms Orsolya Székely as its Secretary, who will report directly to the board of directors.

The AM was established after a two-year period of fraught internal deliberations (see Observer Autumn 2019). A group of 33 civil society organisations (CSOs) raised their concerns about the process’s insufficient consultation and transparency and the erosion of the independence and authority of the IP in a December 2019 letter to the Bank’s Committee on Development Effectiveness.

As Margaux Day and Gregory Berry of US-based CSO Accountability Counsel noted in a March 2020 blog, the establishment of the DRS means that “communities may now seek to remedy adverse project impacts through dispute resolution, which was never before an option for WBG public-sector projects.” The blog outlined additional significant changes brought about by the IP review and the establishment of the AM: For newly approved projects, “impacted communities will be able to file complaints to the Inspection Panel up to 15 months after the closing date of the loans financing the projects. Previously, complaints could only be filed if less than 95 percent of loans were disbursed, and under limited circumstances, the Inspection Panel now has the power to verify bank management’s adherence to ‘Management Action Plans’ that are drafted to address project shortcomings.”

Concerns about the Accountability Mechanism remain

Day and Berry outlined concerns that must be addressed through the AM’s procedures, which are currently being developed, particularly regarding the lack of clarity about the “guardrail” that separates the IP and DRS. They stressed that the AM’s structure with “new reporting lines and responsibilities risks undermining the independence and effectiveness of the World Bank’s accountability system.”

While the new dispute resolution function addressed a long-standing gap, in a November 2020 blog of the European Journal of International Law, various academics echoed Day and Berry’s concerns. The blog underscored several potential shortcomings of the AM arising from the inherent power imbalances between communities, the Bank and borrowers during the dispute resolution process. The authors identified a serious threat to the IP’s ability to fulfil its mandate if it is restricted to merely accepting the outcome of the dispute resolution process and closing the case if the parties reach an agreement. The blog asked whether the parties could “lawfully waive – by agreement – violations of Bank policies and procedures regardless of the legal consequences of the material adverse effects of these violations on the Requesters and the communities they represent.” It also emphasised the missed opportunity to create a mechanism for reparations for harms caused to communities by World Bank projects.

Given the impact of the procedures that will guide the AM’s operation and the risks outlined above, Accountability Counsel’s Day and Berry stressed that, “it is critical that communities and civil society advocates be consulted with and have the opportunity to provide input on their implementation.” Secretary Székely’s current focus on drafting the AM’s procedures provides the next critical opportunity for dialogue and consultation.

Opinion: The case for public reforms to the World Bank’s Inspection Panel