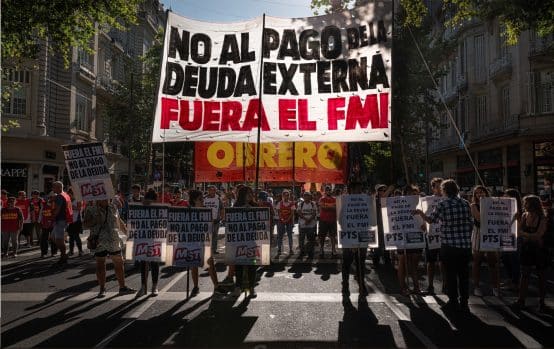 With a $2.8 billion payment deadline looming in March 2022, the fraught relationship between the IMF and Argentina has been thrust into the spotlight again, as reported by the Financial Times (see Observer Winter 2021). One of the core issues of disagreement are surcharges – additional interest rates the IMF has been charging since 1997 for loan programmes that exceed a certain size or repayment term length. A recent paper from the Center for Economic and Policy Research (CEPR) called them “unethical” and “opaque”, estimating that Argentina’s surchage payments alone add up to $3.3 billion over 2018-2023. A brand-new data tool and guide from Belgium-based civil society organisation (CSO) Eurodad estimates that surcharges increase borrowing costs by 64 per cent in affected countries, calling them “unconscionable”.

Since 2016, level-based surcharges add 2 per cent to interest rates on outstanding credit above 187.5 per cent of each country’s assigned IMF quota, while time-based surcharges add 1 per cent on credit outstanding for 51 months. This means surcharges are levied on countries that are most heavily and protractedly indebted. In theory, they are meant to disincentivise countries from borrowing beyond their allotted IMF quotas and to encourage them to repay loans early, while helping the Fund build up “precautionary balances”. However, the CEPR paper highlights that governments already have many other incentives to avoid turning to the IMF: the associated stigma and negative signalling to financial markets, loss of sovereignty and potential welfare impacts through conditionalities, as well as protests from civil society and their electorates.

According to an October briefing from Boston University’s Global Development Policy Center (GDP Center), surcharges primarily represent penalty fees to bolster the IMF’s cash flows, with middle-income countries (MICs) – lacking appropriate representation in the Fund’s undemocratic governance structure – subsidising the IMF’s operational costs. Surcharges work pro-cyclically and erode debt sustainability by draining government funds when they are most needed, increasing default probability and undermining the Fund’s own mandate to ensure financial stability (see Dispatch Annuals 2021). This seems particularly inappropriate given the unprecedented economic collapse triggered by the Covid-19 pandemic, which the IMF itself has called “a crisis like no other”, when many MICs find themselves in unforeseen debt distress and urgently need fiscal space for their pandemic responses. CEPR calculated that Argentina could vaccinate its entire population nine times over with its surcharge payments, Egypt twice and Ecuador seven times.

This system of punitive fees must be immediately suspended and eventually eliminated.Daniel Munevar, Eurodad

While Argentina’s current plight is receiving most press attention, surcharges affect some 16 countries and make up a third of the Fund’s operational revenues. Egypt is expected to pay $1.8 billion through 2026, and Ecuador around $1 billion by 2029. Many countries are unaware they are paying these fees, as data are not transparently published. Eurodad’s December guide presents surcharges data for 14 countries for the first time.

“These policies are completely contradictory and undermine the IMF’s own efforts around the COVID recovery,” stressed Shereen Talaat of CSO Arab Watch Coalition, concerned about strained Middle Eastern economies. “What we expect in this moment of global crisis is debt relief and reform to ease the burden on middle-income countries – not additional charges.”

Calls by CSOs, governments and experts to abolish surcharges have so far gone unheard. In an open letter in May, current and former UN Independent Experts along with CSOs pointed out that surcharges violate international human rights law, as their “main impact is to punish poor countries” (see Observer Summer 2021). The G24 communiqué at this year’s Annual Meetings urged the Fund to “correct the regressive and procyclical character of the Surcharge Policy” (see Dispatch Annuals 2021). In the GDP Center briefing, Joseph Stiglitz and Kevin Gallagher emphasised that, “the IMF should not be in the business of making a profit off of countries in dire straits,” and suggested the Fund should instead be conceptualised as a “cooperative” where operating costs are shouldered by countries faring relatively better. Daniel Munevar of Eurodad argued, “this system of punitive fees must be immediately suspended and eventually eliminated.”