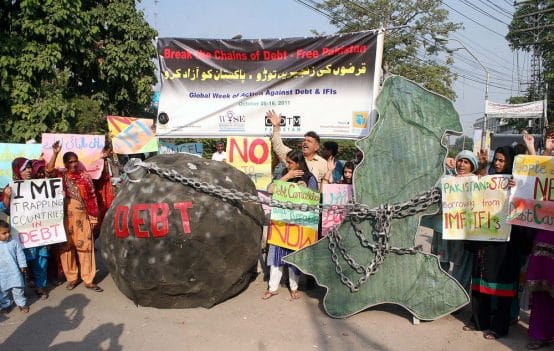 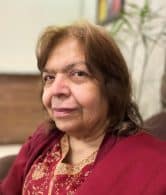 The current 39-month, $6 billion Extended Fund Facility (EFF) arrangement, which began in 2019, was suspended in January 2020 because Pakistan resisted IMF recommendations to increase electricity prices and impose additional taxes (see Observer Winter 2020). In March, the IMF board completed the combined second through fifth reviews of the EFF and approved a disbursement of about $500 million, bringing the issued credit to $2 billion. However, renegotiations for further disbursal reportedly failed over disagreement on VAT reforms and Central Bank autonomy. On 21 November, an agreement was finally reached for the disbursal of a further $1 billion, with Pakistan bowing to IMF pressure by agreeing to significant cuts in expenditure over the coming months.

Following the IMF’s agenda in the context of other challenges such as Covid-19, natural disasters, crop failures, climatic effects in the cotton sector, and food and rural inflation, has had visible impact on the disadvantaged population in Pakistan. Poverty has risen from 31.3 per cent in 2018 to 39.3 per cent in 2020-21 per World Bank estimates, with over two million people falling below the poverty line in 2020 alone. Similarly, all essential household consumption items have seen an upward trend in prices, placing the burden on the poor again and particularly on women. For example, the price of wheat flour has increased by 39 per cent; petrol by 79 per cent; LPG cylinders – used for cooking and heating – by 92 per cent; and charcoal by 14-28 per cent. This means women spend more time collecting firewood and more income on household essentials.

The situation for women has become further untenable. Pakistan already lags on global gender equality: It ranks third to last in the latest Global Gender Gap Index (2021). Economic participation and opportunity, educational attainment, and health and survival of women and girls are a matter of serious concern. Gender based violence is on the rise, and convictions are rare. Female labour force participation is one of the lowest in South Asia at 22 per cent. Approximately 70 per cent of women are in the informal sector without any social protection. Less than 2 per cent of adult women own a house or land, and women receive only 19 per cent of enterprise financing. Only 11 per cent of women have bank accounts, compared with 21 per cent of men. Representation of women in formal small and medium enterprises is low – only 6 per cent of firms are women-owned.

The neoliberal conditionalities imposed by the IMF – and enforced by the Government for lack of choice – exacerbate gender-based discrimination. Shirakat recently conducted 20 focus group discussions with 118 women in low-income areas of Islamabad and Rawalpindi. The women shared that due to the price hike in coal and gas, they must walk long distances to collect firewood. Access to healthcare has become limited, as the petrol price increase has made public transport costs prohibitive. Steep rises in electricity bills have made using light at night difficult, so most of the paid and unpaid work must be done during daylight. Girls are being taken out of school to manage household chores. Even with a rise in minimum wages, the cost of living has become unmanageable due to inflation. Violence within the households has reportedly increased as the whole family faces the pressure of making ends meet.

On 18 November parliamentarians passed the Privatisation Commission (Amendment Bill, 2021) and the SBP (State Bank of Pakistan) Banking Services Corporation (Amendment) Bill 2021 in a joint session of the Parliament. The impact of the Bills will be seen as their implementation rolls out. In the light of the multiple crises faced by Pakistan, the severity of conditionalities imposed on it is highly inappropriate, and it is high time the IMF rethink its neoliberal approach to prevent its policies from further hurting the most vulnerable.