After the Argentina debacle, the IMF endorses weakening capital controls in Ecuador

Debt crisis prevention: We need to talk about capital controls 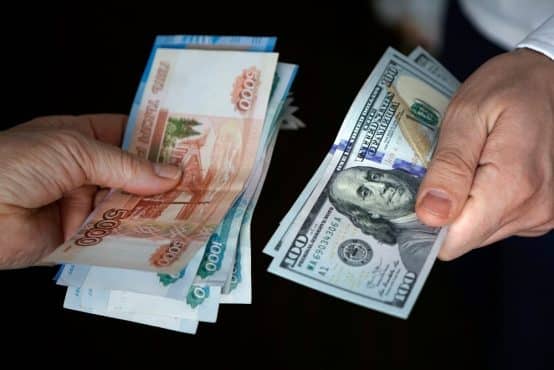 On 30 March, the IMF published the results of the executive board’s review of its Institutional View (IV) on the Liberalisation and Management of Capital Flows. The review was eagerly anticipated by policymakers, academics and civil society, as it was hoped it would reflect available evidence and recognise that regulation of capital flows should be an essential and permanent part of States’ macroeconomic policy toolkit and therefore significant depart from its predecessors (see Observer Winter 2021). The Review revisited the institutional view from 2012, which was at the time immediately criticised by Brazilian finance minister Guido Mantega, who complained, “experience has shown that the free flow of capital is not necessarily the preferable option in all circumstances” (see Update 83, 80). A September 2020 evaluation by the IMF’s Independent Evaluation Office (IEO) titled IMF Advice on Capital Controls echoed concerns (see Observer Spring 2021). While noting some progress, it highlighted that the Fund’s advice on capital flows remains overly restrictive. Crucially, the IEO suggested that a revised institutional view should allow pre-emptive and more long-lasting use of capital flow measures (CFMs).

Review disappoints, as it preserves the bulk of previous policy framework

Professor Kevin Gallagher of Boston University, while welcoming the new view’s recognition that inflows regulations should be in place and pre-emptive, lamented that it retained many of its predecessor’s shortcomings. He stressed that the new view remains silent on the need to regulate capital flows on outflows “to prevent massive capital flight is still concerning” (see Observer Spring 2022). He similarly noted that the review failed to address “the multilateral aspects of CFMs such as the need to regulate capital flows on ‘both ends’ meaning also in source countries and the need to reconcile IMF advice with the thousands of trade and investment agreements that not only make CFMs actionable but may trigger massive payouts to private investors.” Finally, he cautioned that there remains a “real need to improve implementation of existing and new institutional view. Evidence shows it was given uneven treatment in first 10 years.”

The current view failed to respond to a call for a change to the Fund’s institutional view made jointly by professor Gallagher and Columbia University professor Joseph Stiglitz in a 7 March article in Project Syndicate, in which they recommended that the IMF’s executive board push for four reforms to the Fund’s capital-account policy: To advise countries to enact permanent regulations allowing for the rapid deployment of CFMs during surges and sudden stops; recommend that CFMs be part of a multi-pronged approach; support reforms to trade and investment treaties to grant emerging market and developing countries more autonomy to use CFM; and ensure staff are trained to implement new policies.

The review preserves the bulk of the policy framework outlined in the 2012 IV and therefore is a sheer disappointmentKavaljit Singh, Madhyam

Daniela Prates from the UN Conference on Trade and Development concurred with Gallagher, calling the review “timid”, noting that the Fund stated that the general recommendations remain unchanged. Prates said that considering pre-emptive CFMs and macroprudential measures solely in cases of systemic risks when other measures are inadequate remains very restrictive, stressing that “CFM in general are important to increase policy autonomy of middle- and low-income countries and enable them to maintain a competitive exchange rate” (see Observer Winter 2021). She further noted that the review does not consider the fact that currency mismatches can also occur within the public sector, and that it fails to consider the specificity of the context of middle- and low-income countries that results in systemic risks associated with currency mismatches.

Kavaljit Singh, Director of India-based non-profit organisation Madhyam, echoed Prates and Gallagher, stressing that “A closer reading of the 98-page review of the Institutional Review reveals that it does not propose any fresh thinking or a new macroeconomic framework on managing cross-border capital flows and therefore cannot be considered as a major departure from the 2012 IV. Rather, it reaffirms the core principles and intellectual underpinnings of the 2012 IV. Except for allowing capital flow management measures (a la capital controls) pre-emptively on inflows and listing out some exceptions (such as national security and tax-related matters), the review preserves the bulk of the policy framework outlined in the 2012 IV and therefore is a sheer disappointment.”

After the Argentina debacle, the IMF endorses weakening capital controls in Ecuador

Debt crisis prevention: We need to talk about capital controls