US Federal Reserve raises interest rates for first time since 2018 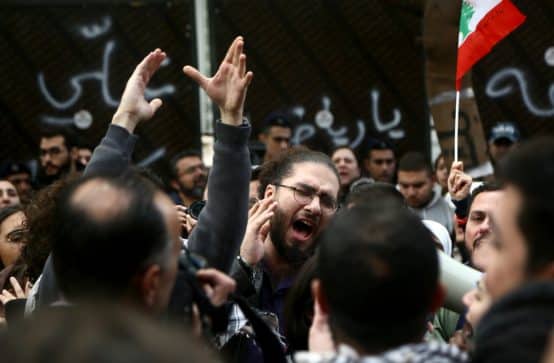 With solutions to the ongoing debt crisis yet to be reached, progress is urgently needed. The end of the G20’s Debt Service Suspension Initiative (DSSI) in December 2021 means that countries are due to resume payments on their debt obligations despite a deteriorating global context, particularly for middle- (MICs) and low-income countries (LICs).

Of the 73 LICs eligible for the DSSI, only 43 applied for a total of $13 billion of debt service suspension – accounting for just a quarter of the amount the G20 announced the DSSI would deliver in April 2020 (see Observer Winter 2021). The fact that the DSSI only temporarily suspended bilateral debt payments, along with the lack of private sector involvement in the scheme, contributed to the mechanism being ineffective. This happened in spite of civil society warnings (see Dispatch Annuals 2021) and IMF leadership acknowledging that, “It is also critical that private sector creditors implement debt relief on comparable terms.”

A January analysis by UK-based Jubilee Debt Campaign (JDC) found that “54 countries globally are in debt crisis, meaning that debt payments are undermining the ability of governments to protect the basic economic and social rights of their citizens.” According to an article by US-based think tank Atlantic Council, “these LICs face debt-service payments worth $11 billion more this year…threatening to crowd out urgently needed public spending on health, social services, and other development needs.”

The DSSI did nothing to address countries’ long-term debt obligations, which were exacerbated by the pandemic. On top of this, the Ukraine crisis will worsen the outlook for many countries already in debt distress (including in Sub-Saharan Africa) as the cost of importing key commodities rises, exacerbating their balance of payments difficulties, including their ability to service debts (see Observer Spring 2022). Meanwhile, countries in debt distress like Zambia are being forced to make payments to private creditors such as BlackRock, at the expense of their own population’s wellbeing.

The already divergent recovery from the Covid-19 pandemic will likely be exacerbated by high-income countries’ (HICs) adjustments to their monetary policies as their economies begin to recover. As the IMF noted in an April 2021 blog, MICs and LICs will be adversely impacted by higher interest rates in HICs, as these draw capital away from MICs and LICs, resulting in a depreciation of their currencies and therefore an increase in their debt obligations issued in foreign currencies. The Ukrainian situation has worsened this trend, as in times of crisis investors seek safety in assets such as the US dollar. This strengthens the dollar versus other currencies, exacerbating the trends above.

Steps taken thus far to address the debt situation caused by the pandemic have been insufficient, as they failed to cancel debt as academics and civil society have demanded (see Observer Winter 2021). Numerous calls from CSOs, academics and debt experts for a United Nations-based debt workout mechanism that, as noted by Patricia Miranda of South and Central American CSO network Latindadd, “ensure[s] a future of responsible lending and borrowing together with regulation based on human rights and gender justice,” have failed to materialise (see Dispatch Annuals 2020).

Additionally, other structural issues that contribute to an exacerbation of the debt crisis and unequal pandemic recovery, such as the IMF  surcharges policy (see Inside the Institutions, What are IMF surcharges; Dispatch Springs 2021) and the Fund’s restrictive institutional view on capital controls (see Observer Spring 2022) must also be addressed if the world is to resolve the current debt crisis, which will continue to hit the poorest and most vulnerable the hardest.

US Federal Reserve raises interest rates for first time since 2018