A guide to IMF surcharges

The IMF should suspend interest rate surcharges on debt-burdened countries 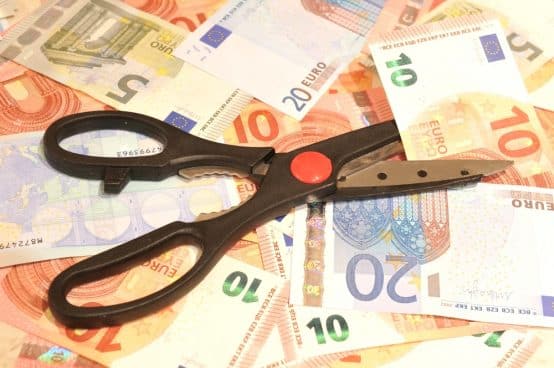 This Inside the Institutions looks at the issue of surcharges, which are additional interest payments the IMF imposes on countries with large, outstanding debts to the IMF.

Surcharges are additional interest payments the IMF imposes on heavily indebted borrowing countries, according to the size and the repayment time of their loans. The IMF established them in 1997, in response to increasing demand for IMF loans from middle- and low-income countries. As explained in an October 2021 Global Development Policy Center briefing, the IMF’s rationale for surcharges is that they are necessary to “limit the demand for IMF programs, to offset the risk of non-repayment, and to encourage borrowers to pay back ahead of schedule,” with the goal of protecting the Fund’s lending capacity, particularly to low-income countries (LICs). However, civil society organisations, human rights experts and others have argued that surcharges effectively discriminate against and punish countries that are most in need of IMF assistance.

How do surcharges work?

Surcharges only apply to loans obtained via the IMF’s General Resources Account (GRA), which handles most of lending operations in high- and middle-income countries (HICs and MICs). Since July 2021, low-income countries have accessed credits exclusively via the IMF’s Poverty Reduction and Growth Trust (PRGT) and therefore are not affected by surcharges.

The cost and structure of surcharges have changed over the years. Currently, loans that are above 187.5 per cent of the country’s quota at the IMF are subject to a surcharge of 2 per cent on the outstanding debt balance. The IMF adds an extra 1 per cent to the outstanding debt after 36 months – 51 months in the case of credit outstanding under the Extended Fund Facility (EFF).

Why surcharges do not work

The IMF uses surcharges as an important revenue stream to accumulate “precautionary balances” or “accumulation of reserves.” In looking into the Fund’s review of its income position for fiscal year (FY) 2021 and 2022, Peru-based civil society organisation (CSO) Latindadd noted that by 2021 and 2022, surcharges will represent 44 and 45 per cent of the IMF’s operating income, respectively. While surcharges indeed make up a sizeable part of the IMF’s operational budget, history shows they are not really needed as a tool to accumulate reserves. IMF lending capacity depends on political agreements such as quota reviews, new arrangements to borrow and bilateral borrowing agreements (see Inside the Institutions, IMF resources: Quota, NAB and GAB). Professors Kevin Gallagher of Boston University and Joseph Stiglitz of Columbia University highlighted in a Vox EU article in February 2022 that, “There is no evidence that IMF’s lending capacity is constrained. Even if it were, it makes no moral or economic sense to place this burden [of surcharges] on the countries most in need.”

In times of economic distress such as the Covid-19 pandemic, when countries need to act counter-cyclically to support economic activity, surcharges risk draining countries’ resources to pay the Fund, contributing to slower growth and longer periods of crisis. This procyclical character of surcharges is worrying, especially in the post-Covid world, with many countries seeking even larger loans to recover from the crisis. As outlined by a Center for Economic and Policy Research (CEPR) report in September 2021, “Surcharges increase the debt burden for crisis-ridden countries, even as the IMF’s own debt sustainability analyses demonstrate that a lower debt burden is necessary to ensure a higher probability of timely repayment and sustainable financing.”

In the same CEPR report, the authors note that surcharges also contradict Article 1 of the IMF Articles of Agreement, which states that the IMF should be an instrument to help countries recover from crises and that IMF lending cannot be “destructive of national or international prosperity.” Instead, surcharges aggravate countries’ debt situation and have the potential to discourage the international financial community from investing in the country, deepening their balance of payments problems (see Dispatch Annuals 2021). Thus, surcharges undermine the IMF’s own mandate.

The IMF’s argument that surcharges work to promote early repayments and deter overreliance on the Fund is also not supported by evidence. According to Gallagher and Stiglitz, surcharges may do the opposite by “impacting a borrower’s debt sustainability and foreclosing any capacity for early repayment,” especially in a time when “so many countries have accrued debt burdens beyond levels they would have normally undertaken.” They also note that, “countries typically do everything they can to avoid going to the IMF, even borrowing from others at far higher rates. Moreover, because there is no automatic right to borrow, the IMF could always curb excessive borrowing.”

Which countries are currently affected by surcharges?

Middle-income countries are the most affected by surcharges, precisely because of the smaller size of their quota within the IMF. The smaller the share of a country in the IMF’s quota system, the larger the proportion of loans subject to surcharges. This highlights once more the longstanding issues with the IMF’s quota system (see Inside the Institutions, IMF and World Bank decision making and governance), which has been the subject of several calls for reform by the G24 (see Dispatch Springs 2021) and the G77. As noted in a Civil Society Policy Forum (CSPF) event at the 2021 Annual Meetings of the IMF and World Bank, middle-income countries, which bare the brunt of surcharges, are underrepresented in the Fund’s governance structure, since they account for around 50 per cent of the world economy, but only around 30 per cent of IMF quota share (see Dispatch Annuals 2021).

In an analysis of IMF surcharges in December 2021, Belgium-based CSO Eurodad found that out of 52 GRA loans provided by the IMF as of November 2021, 14 countries are affected by surcharges. These surcharges are estimated at $7.9 billion between 2021 and 2028, with most of the payments scheduled to take place between 2021 and 2023. The group of affected countries includes Albania, Angola, Argentina, Armenia, Barbados, Ecuador, Egypt, Gabon, Georgia, Jordan, Mongolia, Pakistan, Tunisia, and Ukraine.

For these countries, surcharges can double the cost of borrowing from the IMF. The Eurodad report noted that, “surcharges…are estimated to increase IMF borrowing costs on average by 64.1 per cent.” In the case of Ecuador, surcharges will increase borrowing costs by 148 per cent, as “a result of both the size of the IMF loan – equivalent to 700 per cent of the country quota – as well as its duration as the pandemic forced a renegotiation of the IMF program, which started in 2019.” According to the previously mentioned CEPR report, Argentina will spend $3.3 billion on surcharges from 2018 to 2023, nine times the amount it would cost to fully vaccinate every Argentine against Covid-19 (see Observer Winter 2021).

Why surcharges should be abolished

Many of the affected countries are unaware they are paying surcharges on top of the usual programme-related charges, as data are not transparently published. Eurodad’s 2021 guide to surcharges was the first to provide information on how many countries are currently affected by surcharges. At a CSPF event during the 2021 Annual Meetings of the World Bank and IMF, experts such as Professor Jayati Ghosh highlighted how discriminatory and at odds with the IMF’s own mandate these regressive interest payments are (see Dispatch Annuals 2021).

Calls by CSOs, governments and UN Human Rights experts to abolish surcharges have so far gone unheard, however (see Observer Winter 2021). In an open letter published in May 2021, current and former UN Independent Human Rights Experts along with CSOs pointed out that surcharges violate international human rights law, as, “Discrimination against States–not treating them equally without a legitimate reason–is not permissible under international law” (see Observer Summer 2021). The G24 communiqué at the 2021 Annual Meetings also urged the Fund to “correct the regressive and procyclical character of the Surcharge Policy” (see Dispatch Annuals 2021).

In April 2022, a group of CSOs launched a statement, signed by over 250 organisations and debt experts, calling on the IMF “to carry out an immediate review of surcharge policy, ensure transparency around past and future surcharge payments, and align the institution with its mandate by supporting the complete elimination of surcharges” (see Observer Spring 2022).

CSOs urge the G7 to take action to support debt-distressed economies by calling for the International Monetary Fund (IMF) to immediately end its harmful surcharge policy.

Over 160 civil society organizations from around the world are calling on the International Monetary Fund (IMF) to end the “unfair” and “counterproductive” surcharges attached to its lending to the most heavily indebted countries. The open letter was sent to the IMF Executive Board on 7 April ahead of the 2022 IMF and World Bank’s Spring Meetings.

The communiqué for the V20 highlighted multitude of crises facing climate-vulnerable developing countries, with continuing challenges posed by the Covid-19 pandemic and unequally felt climate change impacts now being exacerbated by the spillover effects from the Ukraine war.

RST must support low- and vulnerable middle-income countries to recover from the pandemic and tackle economic and climate-related structural challenges.

This Inside the Institutions looks at the issue of surcharges, which are additional interest payments the IMF imposes on countries with large, outstanding debts to the IMF.

The country – reeling from the Russia invasion – owes a total of $22 billion to the IMF, World Bank and other international financial institutions.

A guide to IMF surcharges

The IMF should suspend interest rate surcharges on debt-burdened countries