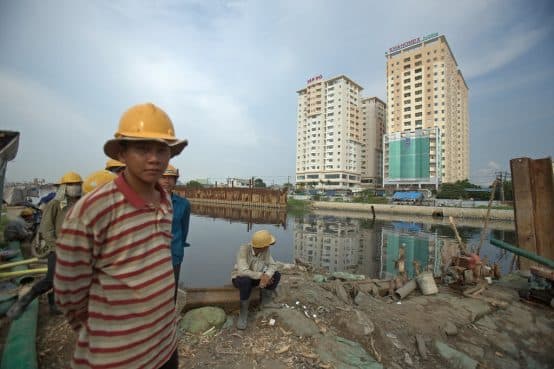 When the World Bank’s Doing Business Report (DBR) was cancelled late last year, civil society organisations (CSOs) celebrated what was perceived to be a success (see Observer Autumn 2021). Those concerned about the Bank’s intentions moving on from the damning investigation saw the DBR’s cancellation as an opportunity to call for a complete overhaul of the World Bank in an open letter signed by 143 CSOs and academics on 12 October. The elation was short-lived, with the World Bank announcing in February the creation of a new Business Enabling Environment Project (BEEP) (see Observer Winter 2021) and releasing a pre-concept note shortly after. The ‘Rights not Rankings’ coalition, a group of CSOs that had closely been following the DBR and now BEEP process, responded with a joint submission urging the Bank to halt the project unless several key issues are addressed.

The coalition’s initial 12 October letter had asserted the need for structural changes to the World Bank’s neoliberal paradigm and its “ideological bias…in favour of austerity, deregulation, and privatisation that systematically reduces countries’ fiscal and policy space and hollows out the state.” It also advocated for an end to the IMF and World Bank’s undemocratic governance, such as the gentleman’s agreement (see Background, What is the ‘gentleman’s agreement’?). Moving forward to the BEEP consultation, the coalition pointed out that there is little meaningful difference between DBR and BEEP. Seven members of the coalition contributed to the newest submission in March, as part of the consultation period. It summarised that the proposed BEEP “replicates a model of business and private sector development that promotes an increase in corporate power and concentration, the accumulation of obscene amounts of wealth, proliferation of tax dodging and tax havens, and the deepening of an unequal global division of labour through environmentally unsustainable global value chains.”

Alex Cobham of the Tax Justice Network questioned BEEP’s lack of substantive evidence to support the need for a ‘business enabling environment’ at all in a recent blog post, noting that the pre-concept note hints at outcomes such as ‘growth’, ‘equality of opportunity’ and ‘sustainability’ being linked to ‘private sector development’, yet fails to demonstrate the existence of any causal relationships between these factors.

Instead of rebranding the DBR, the World Bank should be taking a hard look at the harmful impacts its flawed policy advice has caused for the past 18 years and work towards reparations and accountabilityFlora Sonkin, Society for International Development

This lack of evidence has been pointed out by the World Bank’s own Independent Evaluation Group, which published a 2010-20 review of DBR on 15 March, highlighting that DBR scores were based on narrow indicators which did not account for country-specific conditions such as fragility and conflict, cultural difference in business custom, and alternative development priorities, so could not provide accurate evaluations of impact reforms had. The report recommended that the Bank should therefore “avoid using DB [Doing Business] indicators as explicit reform objectives or monitoring indicators,” and called into question the “objectivity and accuracy” of the resource, stating that “DB reports have made many claims for the benefits of measured reforms that go beyond rigorous or replicated evidence.”

More positively, BEEP is considering removing the ranking process. This is significant, as the DBR rankings were deemed a “regressive” system that promoted “a race to the bottom of business deregulation, eroding tax and social security systems, and removing critical workers’ protections” in a September 21 civil society statement (see Observer Winter 2019). Additionally, BEEP will consider de facto changes in a country’s business environment by incorporating surveys with businesses, rather than merely recognising de jure changes that may not actually be implemented, as the DBR did.

Looking forward, the coalition asks the Bank to evaluate impact on poverty, inequality and human rights of the implementation of 18 years of DBR-inspired policy reforms, rethink its understanding of privatisation (particularly in the context of Covid-19 recovery and the inequality and climate crises), and address deep structural disparities uncovered by civil society. Speaking on behalf of the coalition, Flora Sonkin of Society for International Development (SID) stated, “Instead of rebranding the DBR, the World Bank should be taking a hard look at the harmful impacts its flawed policy advice have caused for the past 18 years and work towards reparations and accountability.”