How feminism becomes a tool of neo-imperialism

Neocolonialism and the IMF

The rotten roots of the IMF and the World Bank

What the IMF and neoliberals can learn from human rights

To support the global economy, G7 should call for IMF to remove harmful surcharges 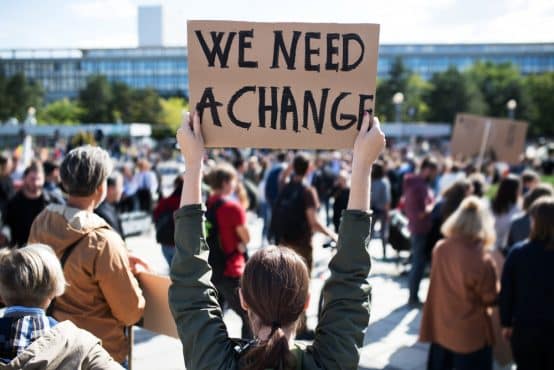 As the unequal recovery from the Covid-19 pandemic and the war in Ukraine exacerbate pre-existing economic, climate, social and political challenges (see Dispatch Springs 2022), the multilateral order is once again in the mainstream spotlight. Calls now abound for a new Bretton Woods moment, recalling the establishment of the United Nations and the World Bank and IMF at the Bretton Woods resort in New Hampshire in 1944 by 44 nations in the aftermath of World War II.

On 18 April, the Financial Times published an article supporting US Secretary of State Janet Yellen’s proposal for a new Bretton Woods arrangement in a 13 April statement. Secretary Yellen noted the need for multilateral system that supports “free but secure trade,” in which countries are not able to “use their market position in key raw materials, technologies, or products to have the power to disrupt our economy or exercise unwanted geopolitical leverage.” US-based think tank Atlantic Council has recently launched a Bretton Woods 2.0 Project. Discussions about the need for a new international order have once again clearly moved beyond the confines of its ‘usual critics’ – i.e. those negatively impacted by the environmental, human rights and social consequences of the economic system it perpetuates (see Bretton Woods at 75 conference; Observer Summer 2019) and nations from the Global South which have long-standing calls for reforms.

Secretary Yellen’s remarks about the need for a new Bretton Woods moment to respond to imbalances in global power and “unwanted geopolitical leverage” is rather strange when one considers the origins of the Bretton Woods system and the interests it was designed to protect. As professor Celine Tan from the University of Warwick notes, “the governance and operational structures of the Bretton Woods Institutions continue to represent contemporary geopolitical and economic realities rooted in colonialism and imperialism.” Professor Tan’s focus on the origins of the BWIs and their policies is echoed by Professor Jamie Martin, who argues in his new book The Meddlers: Sovereignty, Empire, and the Birth of Global Economic Governance that the interventionist powers of the IMF and the World Bank are rooted in empire and colonialism. In a June interview with the Daniel Steinmetz-Jenkins on the Committee for the Abolition of Illegitimate Debt website, he stressed that “we continue to live in a world shaped by older practices of informal financial imperialism…Structural adjustment is not just a kind of distant relative of empire, but its direct descendant.”

“the governance and operational structures of the Bretton Woods Institutions continue to represent contemporary geopolitical and economic realities rooted in colonialism and imperialism.”Professor Celine Tan, University of Warwick

Given the obvious disparity between the mainstream critique by established international relations actors and supporters of the current Global North-dominated system and those of social movements and their supporters, the pressing issue is therefore what vision of a reformed international order will prevail: One that perpetuates or deepens the interests of international and national elites and financial capital with roots in empire, or one that democratises global governance, redistributes power among states in the Global South and North, is able to respond to the climate crisis, enables all citizens to avail themselves of their human rights, and reverses the increasing financialisation of the global economy and related commodification of essential public services?

Calls for a new international order are not new. In February 2014, at the 70th anniversary of the Bretton Woods Institutions (BWIs, i.e. the World Bank and IMF), and in the aftermath of the 2008 global financial crisis, then IMF Managing Director Christine Lagarde delivered a speech in which she highlighted the need for a “new multilateralism for the 21st century.” In her speech she also noted the need to ensure that the multilateral system that – she argued – had served the world so well since its establishment by a small number of countries and colonial powers, remained well-adapted to address pressing challenges such as demographic trends, the climate crisis and growing inequality. Lagarde called for a more inclusive multilateralism, based on the “values of a global civil market economy” and stressed that the system must support “a financial system that serves the productive economy rather than its own purposes.”

As substantially documented, the former IMF Managing Director’s assertions about the benefits of the system have been widely and robustly contested (see Observer Winter 2020, Autumn 2019; Briefing Bretton Woods at 75) both by the people who have suffered and continue to suffer from its consequences, but also by volumes of academic work. Despite Secretary Yellen’s pleas for a new ‘values based’ multilateral system that legitimises the status quo, the importance of addressing its persistent critiques has only become more pressing in the aftermath of the Covid-19 pandemic and the food security (see Observer Summer 2022) and energy crises exacerbated by the war in Ukraine.

In response to multiple crises, advocates call for system reform, not a new Bretton Woods

Aside from persistent calls by civil society for the BWIs to accept their accountability under international human rights law and recent documentation from the UN Conference on Trade and Development (UNCTAD) that commodity dependence remains a trap and has increased since 2009, it is worth also noting that the putative poverty reduction claimed by advocates of the current system is disputed. Research shows that the vast majority of poverty reduction from 1981 to 2017 can be principally attributed to China, which actively resisted the BWIs’ policy orthodoxy (see Observer Winter 2017-2018). That is, the current system has failed to deliver on its promises to reduce poverty and to bring about the economic transformation that would enable citizens to avail themselves of their human rights and live within ecological boundaries.

Any effort to develop a new Bretton Woods must thefore address the BWIs’ inherently undemocratic governance structures by ending the gentleman’s agreement (see Background, What is the gentleman’s agreement), radically adjusting their voting and board structures and enhancing the ability of countries in the Global South to influence their policies and programmes. A new Bretton Woods would also address the IMF and World Bank’s equivocal interpretation of their position within the UN system, where they refuse to accept their responsibility under international human rights law, and require them to develop a human rights framework and related policies.

A Financing for Development conference could provide an opportunity for progress in these areas. As underscored by Farwa Sial from Belgium-based civil society organisation Eurodad, “Current rethinking of the Bretton Woods Institutions is driven by its most powerful members serving their own interests. A Financing for Development summit at the UN would be a much more equal and effective setting, giving every country the chance to negotiate the blueprint for new rules and institutions governing global finance, the economy and trade. This would be an opportunity to break out of this power deadlock.”

Within this context, the efforts of global social movements and allies such as Philippines-based Ibon International and the Asian People’s Movement on Debt and Development, and women’s rights organisations such as India-based Development Alternatives with Women for a New Era to reframe the discussion and call for a people-centred, just and ecologically sustainable world economic order, remain essential.

As Jason Braganza from the African Forum and Network on Debt and Development noted, “a rules-based system cannot ignore the voice of developing country regions like Africa anymore. The pandemic, climate, conflict, and other systemic challenges are all evidence of Africa’s deepening role in the global politics, economics, and more broadly. Thus any reforms need to have African leaders at the table as rule makers not rule takers.” Indeed, Professor Tan stressed that “a reformed international economic architecture would account for the impact that industrialised countries and their powerful financial actors have played in creating global collective problems from climate change to sovereign debt and financial crises to trade wars and military conflict. The responsibility for addressing these crises must rest on these powerful actors and they must account for their actions and make appropriate reparations” (see Observer Autumn 2020).

While exchanges at the Eurodad 2022 conference in Brussels in June ranged from vaccine inequality to “Ensuring the primacy of human rights in times of systemic crises”, discussions also took place concerning the importance of supporting calls for the likely forth UN Finance for Development Conference (FfD4) during 2023 to seek urgently needed structural reforms to the international architecture.

While recognising that the UN system is not immune from the power imbalances on which the current global economic order is anchored, participants noted that a 4th conference could provide an important mechanism for structural changes, such as a UN tax body, a UN debt workout mechanism or a global financial transaction tax. They highlighted that the UN’s governance structure – which, unlike the BWIs – allows every state an equal voice and has a unique ability to take legally binding decisions that affect the international financial architecture, makes FfD4 an important forum for collective action.

Participants in the discussion also recognised that, given the interests aligned against significant structural changes, as articulated in the ‘Billions to Trillions’ agenda (see Observer Autumn 2017), the World Bank’s Green, Resilient, Inclusive Development framework and increased reliance on ESG investments as a developmental tool, a truly concerted effort by social movements, civil society, labour unions and progressive academics will be required to counter efforts to use the ‘new Bretton Woods moment’ to deepen the current failed model and to take concrete steps toward a more just economic system.

How feminism becomes a tool of neo-imperialism

Neocolonialism and the IMF

The rotten roots of the IMF and the World Bank

What the IMF and neoliberals can learn from human rights

To support the global economy, G7 should call for IMF to remove harmful surcharges