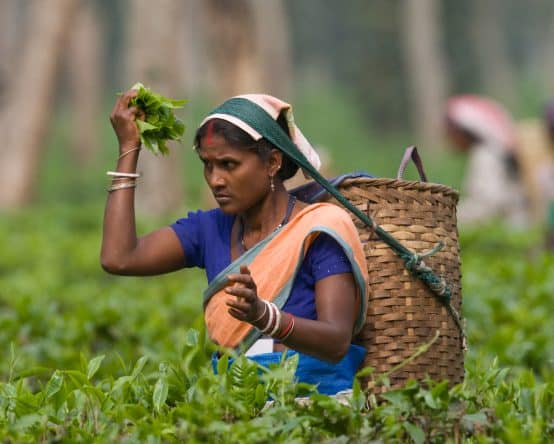 Woman collects tea on a tea plantation in a village in the province of Assam, India. Credit: Gudkov Andrey/Shutterstock.com

Communities affected by development projects and their advocates have long known that development finance institutions (DFIs) do not adequately remedy harms caused by their projects (see Observer Winter 2021, Autumn 2020, Summer 2020). In response to a directive from its board in 2020, the International Finance Corporation (IFC), the World Bank’s private sector arm, announced in April that it is developing a remedy framework and that it will seek public consultation on the plan later this year. It is critical that the IFC designs a rights-based remedial framework and that other DFIs quickly follow suit.

The responsibility of DFIs to provide an effective remedy for harmful projects is a human rights obligation essential to their “do no harm” development mandate. However, for communities seeking justice for abuse financed by the IFC, the World Bank, and other DFIs, remedy has been long overdue. For example, in 2013, tea workers in Assam, India, raised issues to the IFC’s Compliance Advisor Ombudsman (CAO), its independent accountability mechanism, alleging dangerous living and working conditions at tea plantations co-owned by the IFC (see Observer Winter 2017). A 2016 compliance investigation verified that the IFC had violated its Performance Standards on Environmental and Social Sustainability, but to this day, the IFC has neither addressed the harm done, nor facilitated remedy for the affected workers and their families.

Meanwhile, communities in Kampala, Uganda, facing evictions to make way for a drainage channel supported by a $175 million loan from the World Bank are calling for a more immediate response to abuses they are suffering. They have sought redress through the World Bank Accountability Mechanism’s new Dispute Resolution Service (DRS) (See Observer Autumn 2021). This is the first case before the DRS, and it is a critical opportunity for the World Bank Group to ensure meaningful and sustainable remedy for the affected communities, who were not consulted adequately about the dispossession of their homes and land.

A truly rights-based remedial framework cannot only be forward-looking but must also commit to remedying the confirmed harm that communities are experiencing now.Robi Chacha Mosenda and Megan Pearson, Accountability Counsel

IFC’s opportunity to set the bar on remedy

So far, the IFC, which heralds itself as a leader in corporate governance, is the only DFI that has committed to creating a remedy framework. How will we know if the IFC gets remedy right? The basic requirements of a rights-based remedy framework are already known. A February 2022 UN report on Remedy in Development Finance recommended that: (1) DFIs and their clients both enable and contribute to remedy for ethical and legal reasons, and because remedy is essential to their development mandates; (2) opportunities to provide remedy be built into each stage of every project; (3) DFIs establish financing mechanisms for remedy; and (4) DFIs’ accountability mechanisms be well resourced, and their mandates specifically include facilitating remedy.

The most important reflection of whether the IFC gets remedy right will be how it addresses the existing projects with verified non-compliance, like Assam and the multiple other projects that the CAO found to be non-compliant with the IFC’s Performance Standards and dispute resolution processes that resulted in agreements. A truly rights-based remedial framework cannot only be forward-looking but must also commit to remedying the confirmed harms that communities are experiencing now.

The UN report exposed as “questionable” some of the arguments that DFIs have mounted for why they do not enable or provide remedy for harm, including concerns about moral hazard and exposure to legal liability. The worry that committing to remedy will disincentivise borrowers from following the DFI’s performance standards fails to critically consider that adherence to these standards is already disincentivised: when project implementation falls short, the costs are already externalised away from borrowers to local communities. And arguments about legal liability often fail to consider the formidable costs and procedural hurdles facing communities who seek to bring legal actions against DFIs. Furthermore, adequately responding to accountability mechanism findings and recommendations in the first place may prevent legal liability down the road.

Given DFIs’ emphasis on a risk-based approach, it is shocking that they fail to plan for the inevitable: That harms occur despite preventative efforts. By neglecting to set aside funds for remedy at the outset of every project, DFIs open themselves to the substantial risk that their operations will leave communities worse off than before. Now that the IFC is in a position to finally get remedy right, it can pave the way for other DFIs and usher in a new standard for development effectiveness. But if the IFC’s new framework falls short of a rights-based commitment to remedy project harms, and if other DFIs, including the World Bank, don’t quickly commit to establishing remedy frameworks, then local communities will continue to pay the price and continue to lack remedy for violations of their human rights.