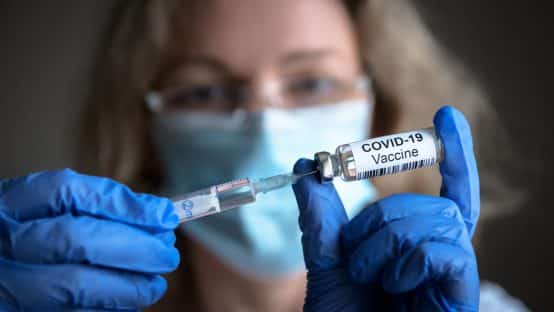 The World Bank’s support for business interests, including through the World Bank Group president’s stated opposition to the TRIPS waiver during the pandemic (see Observer Summer 2021) raises serious questions about its proposal for a Financial Intermediary Fund (FIF) for Pandemic Prevention, Preparedness and Response. The FIF, announced in the G20’s Spring Meetings press briefing (see Dispatch Springs 2022), will leverage a range of private and public resources to support international initiatives, with the Bank providing financial intermediary services as trustee.

Civil society organisations (CSOs) have been strongly critical of the initiative. “Development actors should prioritise public over private provision, especially for primary healthcare, as recently noted by the Lancet commission on Primary Healthcare,” said Marco Angelo, of Belgium-based CSO Wemos. He added, “Private provision negatively affects equitable access when it is not integrated in the public health financing system; when integrated, on the other hand, it can present many challenges.”

The proposed FIF raises several concerns, not least relating to the Bank’s preferred support for the private sector at the expense of public provision. This was evident even in response to the Covid-19 pandemic, which clearly demonstrated the importance of integrated public health systems capable of providing universal access to quality healthcare.

During the pandemic, World Bank President David Malpass opposed temporarily waiving intellectual property rights (The Agreement on Trade-Related Aspects of Intellectual Property Rights, better known as TRIPS) for Covid-19 vaccines, which would have allowed any country with the capacity to produce Covid-19 vaccines, potentially vastly expanding the global supply and allowing developing countries access to many more doses of vaccines at cheaper prices (see Observer Summer 2021).

Without the TRIPS waiver, which was supported by the vast majority of the Bank’s own shareholders, low-income countries were forced to depend largely on an ill-suited international support system in which charity and solidarity played a disproportionate role, including through the World Bank-supported COVAX facility. As a direct result, as of March 2022 developed countries have fully vaccinated 79 per cent of their populations, while only 14 per cent of people in developing countries have been vaccinated. The recent deal on Covid-19 vaccine patents agreed at the World Trade Organization announced in June fell far short of a full intellectual property waiver and may even make it harder for countries to access vaccines in a future pandemic. Vaccine inequality is a large part of the reason why the death toll in developing countries was four times higher than in developed countries.

The Bank’s support for pharmaceutical companies did not stop at Malpass’s opposition to the TRIPS waiver. Last year, the Bank paid over $600 million to pharmaceutical giants Pfizer and Moderna for their Covid-19 vaccines, via contracts awarded through COVAX – $352.8 million to Moderna and $284.6 million to Pfizer. Pfizer doubled its overall profits last year on the back of its vaccine sales, while Moderna, selling only its vaccine, made $13 billion pre-tax profits on nearly $18 billion revenue.

Questions over FIF governance and representation

The proposed FIF also raises concerns about governance and representation. The suggested governance structure of this FIF would likely see the board primarily composed of large donors – namely wealthy countries from the Global North. Global South countries would likely be restricted to observers with little voice in key decision-making processes, even though they disproportionately bore the brunt of the Covid-19 pandemic and are likely to do so with any future pandemic. The proposed structure mirrors the Bank’s own governance deficits and contravenes calls for democratisation of the multilateral system in general and of the Bretton Woods Institutions in particular (see Observer Summer 2022).

Oxfam’s response to the Bank’s White Paper on the FIF, called for the governing board to include key representatives of all stakeholders with equal weight for recipient and donor governments, and for the FIF to be hosted by the World Health Organisation, a recognised expert in the field of global health, and not the Bank.