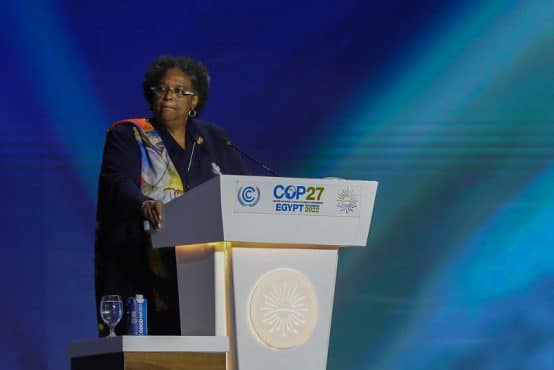 Barbados Prime Minister Mia Mottley speaks at COP27 on 9 November, where she called for reforms to the World Bank and other elements of the international financial architecture to address the climate crisis. Credit: UNFCCC. 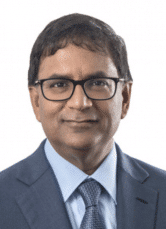 Isaiah Berlin divided up the world into hedgehogs and foxes, where “a fox knows many things, but a hedgehog knows one big thing.” In the climate debate there are plenty of foxes trying to be hedgehogs. The most common “othering” is the idea that large developing country emitters like China and India don’t understand the science, or care; or they don’t understand the economics, or must be in hock to powerful local coal interests, or foreign oil and gas interests or a multitude of other unforgivables. The UNFCCC’s 27th Conference of Parties (COP27) in Egypt was not successful, the foxes-trying-to-be-hedgehogs say, because industrialising developing countries did not raise their commitment to reducing greenhouse gas emissions.

More ambitious but unfunded commitments (see Observer Winter 2021) will get us nowhere fast. Switching to renewables is capital intensive and the cost of capital in low- and middle- income countries (LMICs) is prohibitive. Before the US Federal Reserve started raising interest rates, the average cost of capital for a solar photovoltaic project was 3 per cent in Europe according to the International Energy Agency, and 12.5 per cent in Brazil. That gap is wider now. We need over $1 trillion of transition projects a year for LMICs, excluding China, according to a November 2022 report by the Independent High-Level Expert Group on Climate Finance. Few would be commercially viable with that cost of capital. We can sell ‘risk mitigation’ foxy financiers yell, but the hedgehog retorts that they can’t mitigate the risks that follow from the way the international financial system works.

In a crisis, the demand for international reserve currencies, like US dollars, euros and yen grows. This enables issuer countries to respond to the crisis with activist fiscal and monetary policies, limiting social and economic risks. It is why Japan, Italy and Greece, having much higher debt-to-GDP ratios than most LMICs, spent far more on Covid-19 relief, and still have lower borrowing costs than all of them (see Observer Autumn 2022). Elsewhere, the crisis has reduced the demand for currencies, forcing governments to cut spending and raise interest rates, fuelling social and economic disruption (see Observer Winter 2022). Offers of a few grants and project risk insurance don’t offset that risk for private investors. But if LMICs governments have to finance the transition themselves, they will sink into oceans of debt long before the seas swallow them up (see Observer Summer 2022).

Addressing the scale of the transition challenge

The ‘Bridgetown Initiative’ proposed by Barbados Prime Minister Mia Mottley seeks to break the deadlock over climate finance by using the power of international reserve currencies in the form of the IMF’s Special Drawing Rights (SDRs) to drive private investment into transition projects in LMICs at no direct cost to rich and poor country taxpayers (see Inside the Institutions, What are Special Drawing Rights (SDRs)?). There is high theology around SDRs but simply, the IMF issues SDRs to member countries relative to their economic size (i.e. their IMF quota share; see Observer Winter 2022; Autumn 2022). SDRs give holders the right to borrow from other IMF members via the SDR basket of currencies at low rates – currently 2.7 per cent.

Alongside existing SDR-funded IMF trusts, such as the Poverty Reduction and Growth Trust and the Resilience and Sustainability Trust (see Observer Summer 2022), ‘Bridgetown’ proposes a Global Climate Mitigation Trust that can hold $500 billion of unused or new SDRs. Using the SDRs as collateral, the Trust borrows the underlying currencies in the SDR basket and on-lends this cash to projects in LMICs in return for shares in the projects. Lending directly to projects instead of governments would be the main difference from other existing IMF trusts. These loans would become an asset of the Mitigation Trust and a liability of the project, effectively taking climate mitigation out of the balance sheets of LMICs and meaningfully involving the private sector – an essential component considering the lack of fiscal space and the high cost of capital of LMICs . The projects would have to pre-qualify using proven technologies, high environmental, social and governance standards and would be chosen by expert investment managers based on how much and fast they credibly reduce global warming. Moreover, the Trust would work in close coordination with national governments, to ensure that projects that received financing were firmly embedded in national climate plans and green industrial strategies, with a view to fostering ‘developmental’ private climate finance flows (see Observer Autumn 2022). It is projected that the Trust’s equity would draw in $3-4 trillion of private savings into these projects. Following an initial review, the Trust could be expanded with small but regular future allocations of SDRs.

Achieving the energy transition will create a $78 trillion global net gain, according to the IMF. Some of this value will be captured by the Trust’s investments, allowing it to return SDRs over time. The risks can be managed, preserving the SDRs’ reserve asset status. Funding in a basket-currency reduces exchange rate risks; charging an upfront fee provides loss-absorbing capital and losses could be spread across other equity investors. Because the SDRs are backed by a diversified portfolio of investments with returns based often on strong power-purchase agreements, this is no more inflationary than using any other funding instrument. This plan bets on the success of a transition that we have no choice but to complete. Currently, this is the only plan close to addressing the scale of the problem. What is the point of reserves if we don’t use them in a crisis?