Monitoring the implementation of the World Bank’s climate commitments 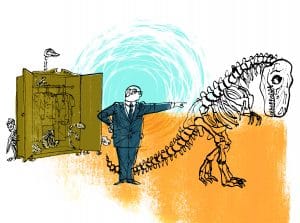 At the One Planet Summit in 2017, the World Bank Group announced a series of climate commitments, including that it would phase out project lending for ‘upstream’ oil and gas by the end of 2019, begin tracking the greenhouse gas emissions of WBG projects in key sectors, and introduce a shadow carbon price to inform the economic analysis of its projects. The Bank also announced that it would develop a post-2020 set of climate goals, which it followed through on at COP24 in December 2018, with the launch of its 2025 climate targets. It also announced that – together with eight other MDBs – it would develop a framework to align its activities with the Paris Agreement. The Bank built on these commitments in June 2021 with the launch of its Climate Change Action Plan (CCAP) for 2021-25, announcing that it would align the financing flows of the International Bank for Reconstruction and Development (IBRD), the Bank’s middle-income country lending arm, and the International Development Assoication (IDA), its low-income country arm, with the Paris Agreement by 1 July 2023. The CCAP also notes that World Bank support for new fossil gas projects, “will be assessed for consistency” with national climate commitments and development strategies, “and will aim to ensure they do not lead to long-term carbon lock-in.”

As part of wider civil society efforts to reform the Bank’s role as a major financier of fossil fuels projects and associated infrastructure, the Bretton Woods Project actively monitors the implementation of these commitments, in order to critically assess whether the Bank is working to enable the zero-carbon transition required to avert catastrophic climate change. The Project seeks to highlight relevant developments in its flagship quarterly publication, the Observer, as well as to allow its monitoring activities to inform the wider climate advocacy efforts undertaken by the Project and its partners. Additionally, BWP actively engages with the Bank’s sister organisation, the International Monetary Fund, as it seeks to mainstream climate change into its own mandate, including through deepening its collaboration on climate issues with the Bank.

As World Bank signals end of extraction finance, CSOs call for end to its other fossil fuel funding, Observer Spring 2018.

Open Letter to World Bank Group (WBG) President David Malpass and WBG leadership calling for the Bank to immediately adopt a whole-of-institution commitment to end all types of support for fossil fuels, March 2021.